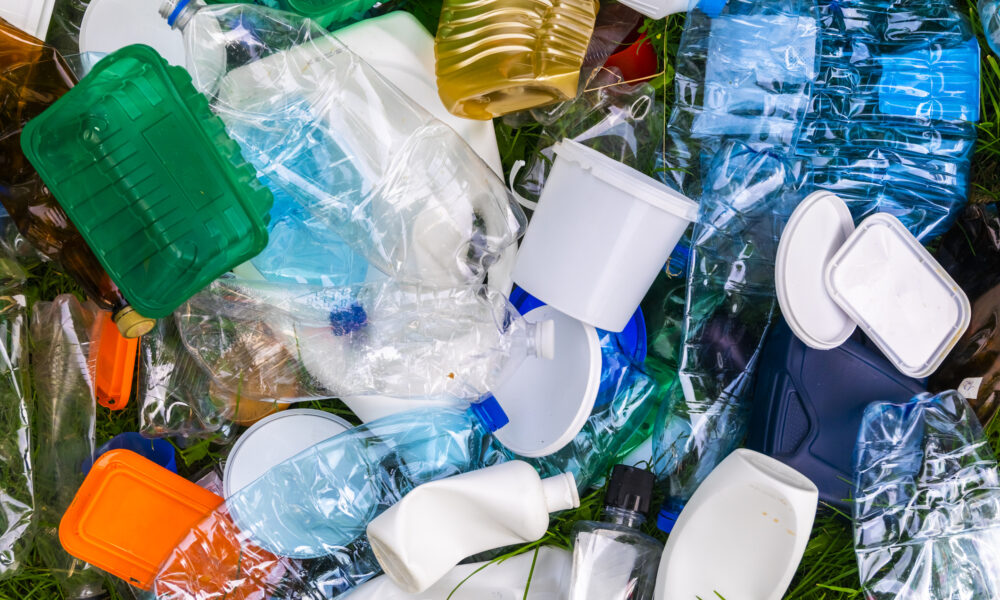 The legislative path to reducing plastic waste in California became significantly clearer on Tuesday when the Assembly Natural Resources Committee voted 9-0 to approve a bill that targets the production of single-use plastic packaging and foodware in the state over the next decade.

No plastic manufacturers spoke out against Senate Bill 54 at a hearing before the vote, and all three Republicans on the committee voted for its passage. Supporters of the bill said privately that the vote could indicate a similarly lopsided outcome when the measure goes to the full Assembly on Thursday. The bill has already passed the state Senate, but it would have to go back to the upper house for concurrence on amendments that have since been written into the legislation.

Join our email list to get the stories that mainstream news is overlooking.
Sign up for Capital & Main’s newsletter.

A plastic-reduction ballot initiative has already qualified for the November election. Some of the state’s major business groups as well as two of the largest plastic producers in the country oppose the California Recycling and Plastic Pollution Reduction Act and are raising millions of dollars to defeat it, assuming it goes forward. Dow Inc., the parent company of Dow Chemical, contributed $10 million to the opposition campaign on June 21. The next day, Dart Container Corp. gave $1 million. If the Legislature does not approve SB 54 by a Thursday deadline, the initiative would proceed to the ballot.

Under the terms of SB 54, plastic manufacturers would create their own “producer responsibility organization” to achieve reductions in single-use plastic of 25% by 2032. Producers would also put $500 million a year for 10 years beginning in 2027 into a plastic waste mitigation fund. The organization would operate under an advisory board made up of environmentalists and representatives from California cities, waste management companies, recycling advocates, disadvantaged communities and rural associations. The California Department of Recycling would regulate and monitor the producer group.

The bill also bans polystyrene foodware by January 2025 unless manufacturers demonstrate that they can recycle 25% of it.

“When the Senate voted to move SB 54 out to this house earlier this year, I committed to only bringing forth a bill that was flexible enough to address the concerns raised by industry but also strong enough to win the support of environmental and business groups backing a statewide ballot initiative,” SB 54 author Sen. Ben Allen of Santa Monica testified at Tuesday’s committee hearing. “I truly believe that we did that and more.”

Allen said the bill “will put California at the front of the pack in addressing the critical issue of plastic pollution, and doing it in a way that offers the certainty and specificity needed for industry to succeed.”

According to the bill analysis, California disposes of 42.2 million tons of plastic waste a year, only 9% of which is recycled. Worldwide, some 8 million metric tons of plastic winds up in the ocean. Most of the nonrecyclable waste breaks down into microplastics that can then enter the human body and create assorted health problems, according to the analysis.

In recent weeks, environmental groups split over revisions of SB 54 that emerged in months-long negotiations in Sen. Allen’s office. Much of the disagreement centered on the authority of the producer responsibility organization. Some groups said in letters to Allen that the revisions took away too much of CalRecycle’s power to oversee the reduction provisions. More recent amendments seem to have mollified those concerns, and at least one environmental group, Californians Against Waste, switched its position to support the bill.

“The amendments that were taken late Friday allayed most of our concerns,” said Nick Lapis, director of advocacy for Californians Against Waste. “With the various guardrails and backstops added to the bill, it will really be a game changer for California.”

The final decision on whether to go ahead with the initiative in November lies with three people who circulated the petitions to qualify the measure for the ballot. They are Michael Sangiacomo, the former CEO of the San Francisco waste management firm Recology; Caryl Hart, an attorney, environmental activist and member of the California Coastal Commission; and Linda Escalante, another Coastal Commission member who is the Southern California legislative director for the Natural Resources Defense Council.

On Tuesday, the NRDC, which also had opposed SB 54, declared in a letter that it would now support the measure, pending further amendments to clarify the bill’s protections against potentially hazardous forms of recycling and narrow the list of materials exempted from the bill’s provisions.

A spokesman for the committee that is raising money to defeat the initiative if it goes to a vote declined to comment on where the opponents stand on the revised SB 54.