The Irving-based oil and gas giant said the facility is the first step in its plans to build around 500,000 metric tons of recycling capacity globally over the next five years. The facility in Baytown, located about 26 miles east of Houston, is expected to begin operations by the end of next year.

Exxon didn’t indicate how much the new recycling plant will cost.

A smaller, temporary facility is already working in Baytown, producing materials that can be used to make plastic and other products, Exxon said. The trial has recycled more than 1,000 metric tons of waste to date, equivalent to 200 million grocery bags.

“We’ve proven our proprietary advanced recycling technology in Baytown, and we’re scaling up operations to supply certified circular polymers by year-end,” said Exxon Mobil Chemical Co. president Karen McKee. “Availability of reliable advanced recycling capacity will play an important role in helping address plastic waste in the environment, and we are evaluating wide-scale deployment in other locations around the world.”

Waste created in the plastics industry could be limited, the report said, if the more than $300 billion of capital spending set aside for new plastics production was instead redirected to recycling processing.

“Our analysis indicates that the situation is likely to become urgent,” IHS Markit vice president Anthony Palmer said. “At the heart of the matter is that the widespread benefits associated with the use of plastics contrast sharply with the way the world manages its end-of-life disposal — the so-called ‘Plastics Dilemma.’ ”

Just 20 petrochemical companies are responsible for over half of all single-use plastic waste, according to the Plastic Waste Makers Index published by the Minderoo Foundation. Exxon is the biggest offender, contributing 5.9 million metric tons to global plastic waste.

The new Baytown facility is just one of Exxon’s plastic recycling endeavors.

The company is working with London-based Plastic Energy to build an advanced recycling plant in France that’s expected to process 25,000 metric tons of plastic waste annually. The France facility, which has the potential to expand to up to 33,000 metric tons of capacity, will become operational in 2023.

Exxon said it is also looking at recycling plant sites in the Netherlands, Canada, Singapore and the U.S. Gulf Coast. 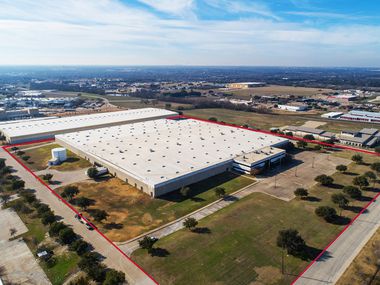