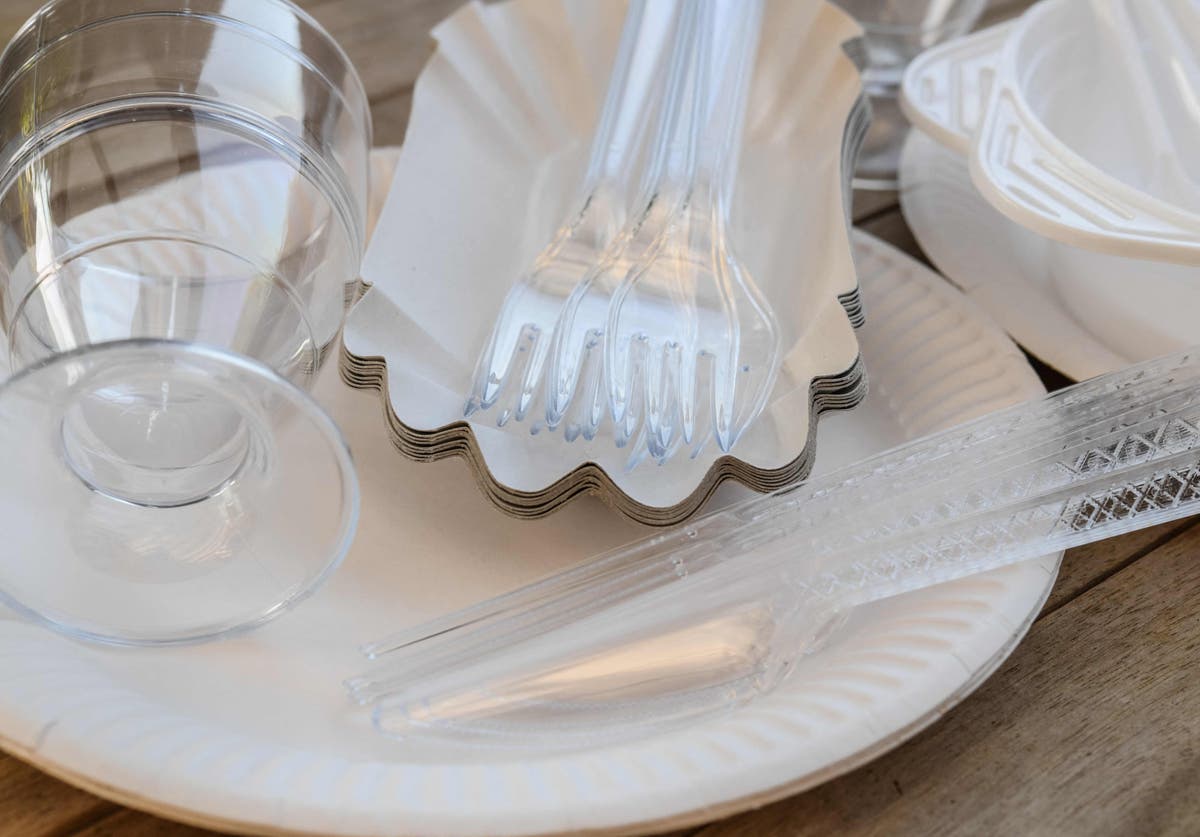 The government has failed to uphold its promise of ensuring the UK’s environmental standards do not drop following its departure from the European Union, campaigners say.

But despite regularly stating that the country would uphold high post-Brexit environmental standards, UK ministers have yet to legislate to ban these polluting plastics.

More than 20 environmental groups, including Greenpeace, Friends of the Earth, City to Sea and Keep Britain Tidy are due to challenge the government on its commitments, according to PA news agency.

In a letter on Tuesday to environment minister Rebecca Pow, they will warn that a failure to keep up with EU anti-plastic regulations would be an “awful dereliction of promises to lead on environmental issues post-Brexit”.

Single-use plastic straws, stirrers and cotton buds have been legislated against but plastic cutlery, plates, sticks attached to balloons as well as tough-to-breakdown plastic food containers and packaging are still allowed in England.

The letter accuses the government of “not only failing to take the lead on tackling plastics but is falling behind our European neighbours and devolved nations within the UK” if it does not ban the polluting items listed in Article 5 of the EU single-use directive, which came into force on 3 July.

The coronavirus pandemic has led to fresh fears over the increase of single-use plastics ending up on Britain’s beaches and waterways, following the sharp rise in demand for disposable face coverings and other personal protective equipment (PPE).

Steve Hynd, policy manager at the not-for-profit plastic pollution campaign group City to Sea said: “It’s frankly embarrassing that while other governments are pushing ahead ours is still lagging behind.

“If the Government fails to meet these minimum standards it would be an awful dereliction of their promises to lead on environmental issues post Brexit.”

Nina Schrank, senior campaigner at Greenpeace, said: “The Government claims to be a leader in tackling plastic pollution, yet is falling behind in the most basic of measures.

“They need to match EU legislation in banning some of the most harmful single-use plastics, at the very least.”

A spokesperson for the Department for Environment, Food and Rural Affairs said: “The UK is a global leader in tackling plastic pollution.

“We have banned both microbeads in rinse-off personal care products and the supply of plastic straws, stirrers and cotton buds, and our carrier bag charge has cut sales by 95% in the main supermarkets.

“Our landmark Environment Bill will give ministers the power to introduce deposit return schemes for plastic drinks containers and make companies more responsible for the packaging they produce, who will be incentivised to use more recyclable materials and to meet higher recycling targets.

“The Bill will also make it easier for ministers to place charges on single-use plastic items that threaten our ecosystems, and we are currently exploring options for which items to target next.”