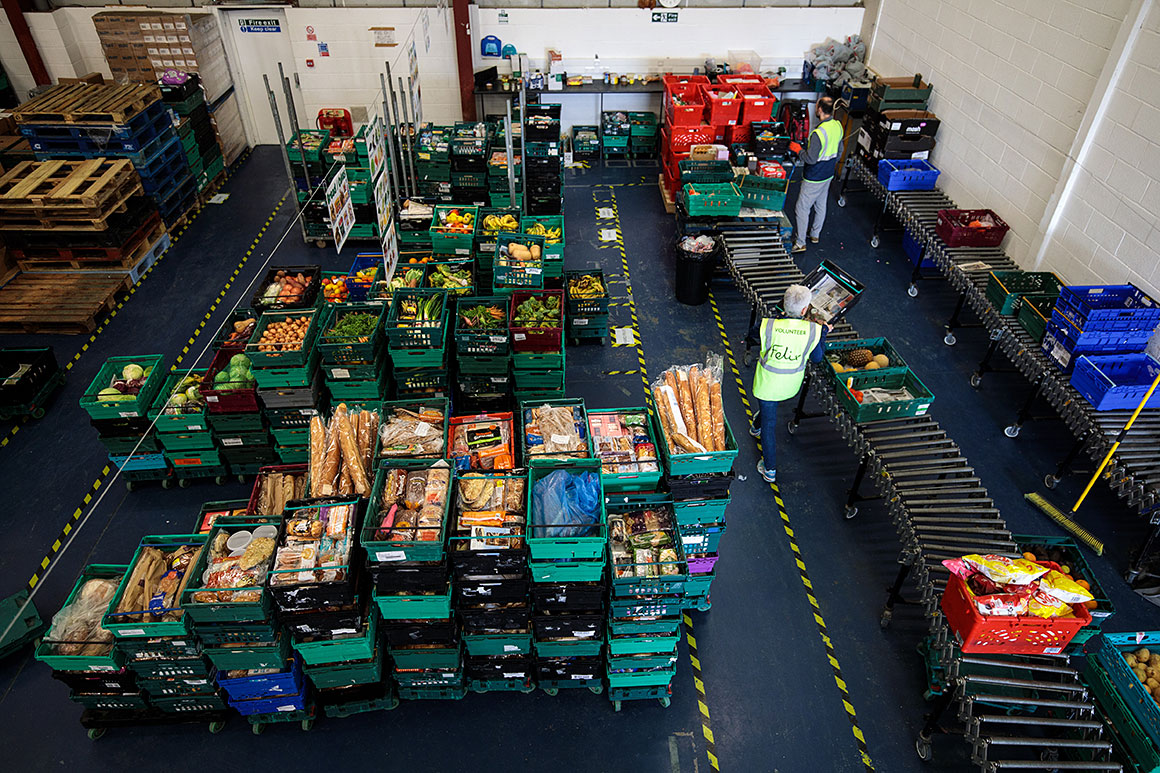 The same types of plastic containers EPA blamed for pesticides contaminated with PFAS may also be used to store food, raising alarm bells at the Food and Drug Administration.

At issue are fluorinated containers made of high-density polyethylene, a material widely used in food packaging because it can easily seal out moisture and other temperature changes. The packaging is generally used during the manufacturing process to hold large quantities of ingredients like oils or flavorings.

This spring, EPA determined that such containers were responsible for contaminating pesticides with per-and polyfluoroalkyl substances, also known as “forever chemicals” and linked to thyroid disease and cancer even at very low levels.

Now, FDA is warning the food industry that unlawful fluorination processes for similar containers could be contaminating food with PFAS, too.

In a letter sent yesterday, FDA reminded the industry that only certain fluorinated polyethylene containers are approved for contact with food. Fluorinating packaging after it has been molded, or in the presence of water, is not allowed. Only fluorine gas and nitrogen can be used during the fluorination process, FDA warned, as using other gases like oxygen or argon can cause those gases to attach to carbon atoms and create PFAS.

“It is the responsibility of food packaging manufacturers and distributors to only market fluorinated polyethylene containers that are manufactured in compliance with FDA’s regulations,” the agency wrote.

FDA has allowed the use of certain PFAS in packaging since the 1960s, as long as they did not exceed certain levels. It wasn’t until 1983 that the agency approved fluorination processes for high-density polyethylene containers. Even at the time, agency documents show, FDA was concerned that manufacturers not use any gases other than nitrogen and fluorine during the process. The documents, obtained by the Environmental Defense Fund under a Freedom of Information Act request and shared with E&E News, also show that the agency was worried about “fluorinated carbons” — now called PFAS — contaminating foods after the fluorination process, but ultimately determined that any contamination would be too small to be of concern.

In the intervening decades, new research has shown that certain PFAS can be toxic to people even at very low levels, in part because they remain in the body for some time and accumulate.

Yesterday’s letter follows an investigation by EPA that was kicked off this winter when the group Public Employees for Environmental Responsibility (PEER) revealed the presence of PFAS in certain pesticides (Greenwire, Dec. 8, 2020). EPA then determined that the chemicals were leaching into the pesticides via the barrels that contained them, and warned FDA that some of those containers could also be used for food products (Greenwire, March 5).

“We are concerned that such containers could be used in contact with food,” FDA wrote in its letter.

Environmental Defense Fund Chemicals Policy Director Tom Neltner has petitioned FDA to revoke its existing approvals allowing PFAS to be used in food packaging (Greenwire, June 3). No fan of the agency’s approach to chemicals, Neltner said he is “really impressed with FDA’s actions.”

“They did a good job, and I don’t normally say that,” he said.

Though Neltner agreed that there are “more steps to be done,” he said the letter was important for clarifying what specific manufacturing practices are allowed or not approved.

Based on the letter, Neltner said, he was able to go online and identify food packaging manufacturers using processes FDA would not approve of.

“We can identify through their marketing materials companies we think may be breaking the law, and if we can do it, I assume FDA can, too,” he said, adding, “The next step is for FDA to investigate.”

Neltner said he hopes FDA will investigate not only whether unlawful containers are being used for food but also whether they are being used for cosmetics, noting that the amount and types of PFAS found in cosmetics from third-party testing would match with contamination from storage containers.

But other groups said the focus on containers is too myopic, and that FDA should be warning the public about which kinds of foods might have become contaminated through their use.

“It seems illogical to ask states to discontinue use of the pesticide that was contaminated, and then not inform the public about which foods might have been contaminated,” said Kyla Bennett, New England director and director of science policy for PEER.

Bennett added that the letter “begs a whole bunch of questions” and leaves the public unclear about which companies and what food might be affected. “If it’s ‘not lawful,’ why aren’t they taking enforcement?” she asked. “Why did this take so long? This entire process has been way too slow, not transparent, and is clearly not protective of human health or the environment.”

The Environmental Working Group similarly panned the letter. In a statement, EWG Senior Scientist David Andrews asserted that FDA should do more to protect consumers.

Bennett also expressed frustration with what she said is a seeming lack of coordination between agencies. When EPA addressed issues around PFAS in pesticides earlier this spring, the agency said it was in “close communication” with FDA and the Department of Agriculture.

But documents obtained by PEER through a FOIA request shed little light on the issue.

Exchanges shared with E&E News spanning the period between Jan. 14 and March 17 of this year indicate that the three agencies had only one meeting to discuss the problem. On an “ag issues forum call,” members of EPA’s chemicals office provided a brief update, per one email.

Bennett called the documents the “farthest things from ‘close communication’ I have ever seen” and said she worries about the seeming lack of prioritization from the government.

EPA did not immediately respond to a request for comment.