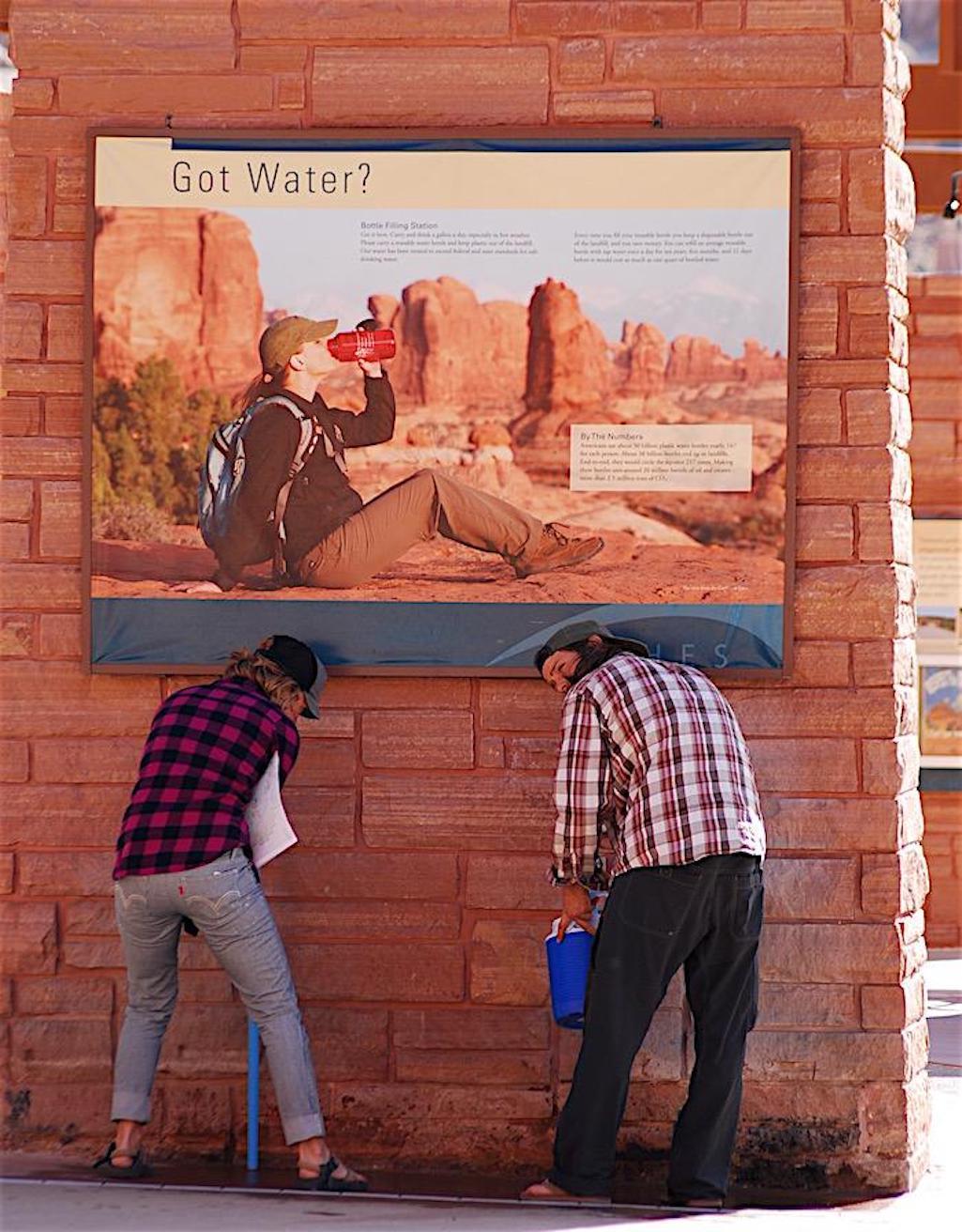 The change of administrations in Washington, D.C., has led to a renewed call for a ban on disposable plastic bottles in the National Park System, along with a commitment from the agency that plastic wastes in the parks be reduced by 75 percent over the next five years.

While the Obama administration allowed individual parks to ban sales of the disposable bottles, the Trump administration reversed that move, with then-acting National Park Service Director Michael Reynolds saying “it should be up to our visitors to decide how best to keep themselves and their families hydrated during a visit to a national park, particularly during hot summer visitation periods.”

This week Public Employees for Environmental Responsibility, GreenLatinos, and Beyond Plastics launched a campaign to prompt the Park Service to renew the ban and work toward a larger effort to reduce plastic wastes in parks. The campaign also includes a petition for the general public to sign on in support of the ban.

According to the groups, plastic bottles are the single biggest component of park waste streams. Yellowstone National Park staff and others “estimate that plastic bottles constitute fully half of its entire trash load,” the groups said.

“Besides the cost of hauling that trash away, the volume of plastic bottles sold in parks consumes large amounts of energy and adds to the carbon footprint of park operations,” they added. “In addition, parks are contributors to the growing plague of plastic pollution afflicting the planet.”

More than 2 million pounds of microplastics, the equivalent of 123 million plastic bottles, settle on national parks and other public lands in the West each year, adding to the growing pollution loads these protected areas carry, according to a 2020 study released by Utah State University researchers.

During the fall of 2019, a U.S. Geological Survey report cited microscopic plastic particles found in high-country lakes in Rocky Mountain National Park in Colorado. While Gregory Wetherbee was studying nitrogen pollution in the park, he found that more than 90 percent of his samples contained colorful plastic particles. Some turned up in a lake above 10,300 feet in elevation.

During the Obama administration, nearly two dozen parks, including Grand Canyon and Zion, barred sales of plastic water bottles. A Park Service study released in 2017 claimed the ban prevented upwards of 2 million 16-ounce bottles from entering the waste stream on an annual basis.

Using an environmental benefits tool crafted in part from peer-reviewed calculations used by the Environmental Protection Agency and data from the National Association for PET Container Resources used to “promote the use of PET and facilitate its recycling,” the Park Service concluded that the 23 parks were responsible for removing 1.32 million-2.01 million 16-ounce bottles from the waste stream. That, in turn, cut between 73,624-111,743 pounds of PET from landfills, resulted in energy savings of 2,209-3,353 million British thermal units per year, and cut carbon dioxide emissions by 93-141 metric tons, the report stated.

“As parks continue to implement their (bottle bans), these numbers and the resulting environmental benefits are expected to grow,” the report said.

According to PEER officials, the bans were opposed by the International Bottled Water Association, led by Coca Cola, the maker of Dasani bottled water.

“The plastics industry has been dictating park policies for too long,” said PEER Executive Director Tim Whitehouse. “The conservation mandate for national parks should extend through all their operations, including their concessions.”

Besides implementing a system-wide ban on single-use plastic water bottles, the rule would reinstitute a goal of reducing plastic usage throughout the park system by 75 percent in the next five years. A similar goal had been draft policy for the National Park Service but had been dropped after hefty charitable donations by Coca Cola, the groups maintained. The proposed rule also requires parks to post their annual assessment of the size, composition, and costs of their waste streams.

“President Biden has declared that combatting climate change and addressing environmental justice should be a government-wide priority,” said Mark Magaña, the founding president & CEO of GreenLatinos, an active comunidad of Latino/a/x environmental and conservation champions. “If the federal government hopes to go ‘green,’ a realistic first step and one of the most important places to start is with our national parks.”