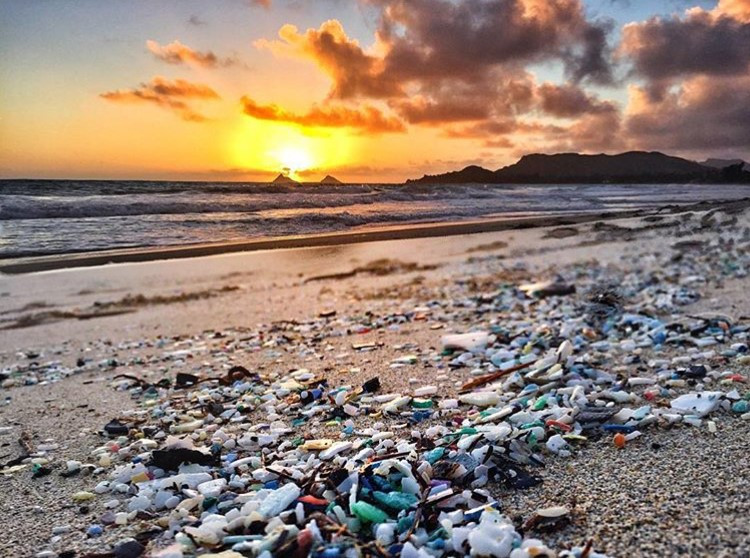 According to the Kokua Hawaii Foundation, 70% of ocean plastic waste comes from land.

“Just by virtue of how they’re designed they only get used for 10 minutes and then they’re disposed of,” Kokua Hawaii Foundation’s Jennifer Milholen said. “The way that our waste collection systems are set up and our behaviors a lot of those materials end up in the marine environment, they end up in the land.”

The first phase of Honolulu’s ban on single-use plastic utensils and bags went into effect on April 1, but early fears about surface contamination during COVID-19 led to an increase in single-use plastics for foods, condiments and bento boxes.


What you need to know about the new plastics ban

“There’s been definitely a huge increase in the dependence of single-use plastics and the perception that is the most effective way to be safe and healthy, but I think what the science continues to show over time and what the CDC has recently confirmed is that surface transmission has not and is not a real danger for transmission,” Milholen continued.

More people have also been ordering take-out from their favorite restaurants.

“A lot of them are seeing a five or six-fold increase in what they were spending in food service takeout and disposable containers,” he said.

According to the CDC, generally, the chances of someone contracting COVID after touching an infected surface is 1 in 10,000.

Experts say if you want to make a positive impact on the environment while protecting yourself from getting sick, remember to bring your reusables with you.

“Always remember to bring your reusable bag. I have a reusable straw that I have inside of a utensil set and that utensil allows me to refuse any form of reusable utensils,” Shin said.

On a grander scale, both Milholen and Shin are operating a pilot program as Hawaii’s first full cycle reusable takeout program, funded by a NOAA marine grant. They provide washing stations along with containers that customer can bring back to participating Haleiwa restaurants.

“Our big goal is to make it scalable. We want to show that our pilot is something that can be scaled up across Hawaii’s 4,000 restaurants, and eventually statewide,” Milholen said.