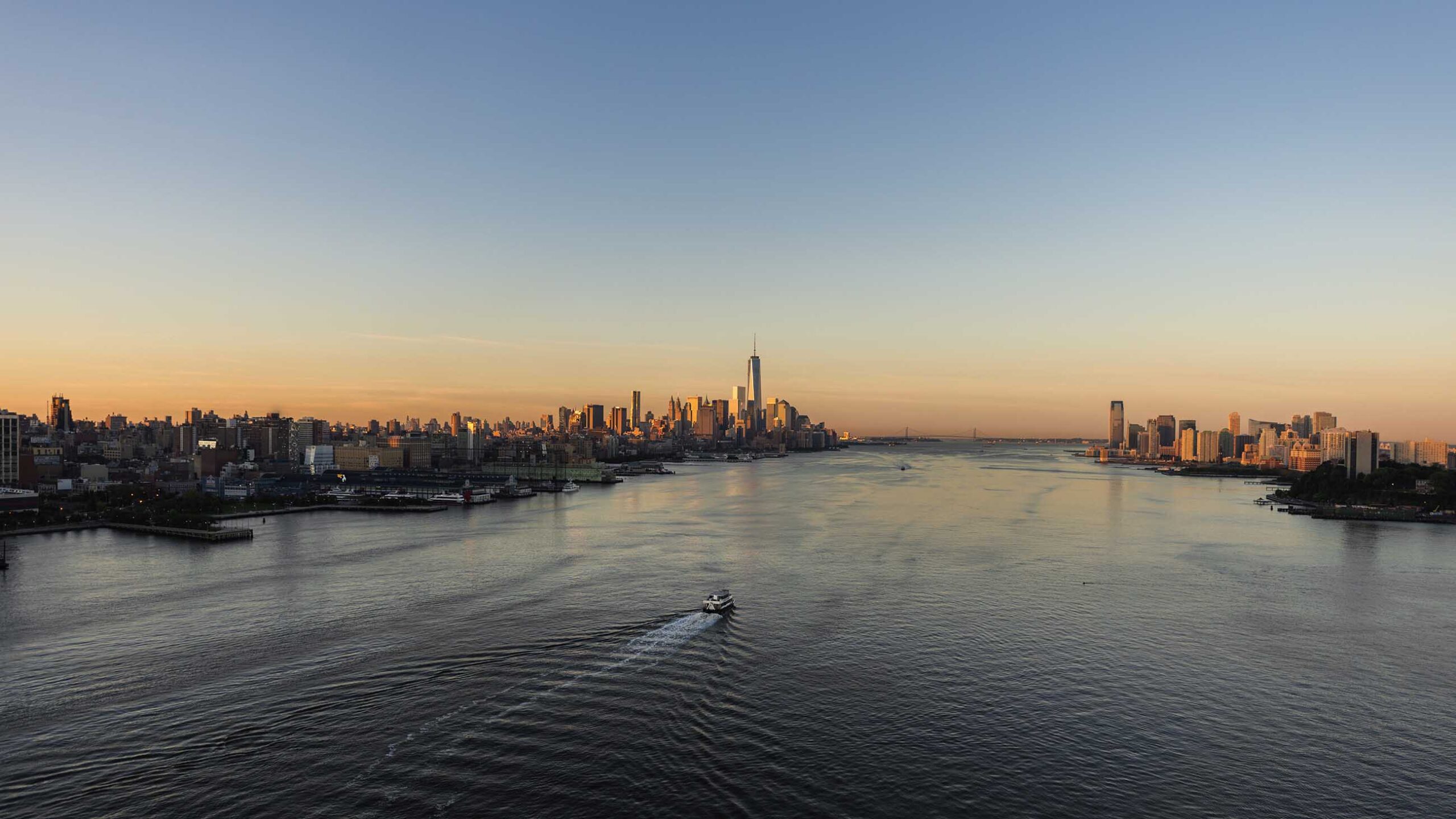 Adjacent to the Hudson River, along the west side of Manhattan, are some of the world’s most valuable commercial and residential properties: townhouses and mixed-use developments like Hudson Yards and much-loved public spaces like Hudson River Park and the Hudson River Greenway, which unite city residents and visitors with the river. But those civic and private investments often end at the water’s edge. Just offshore lie neglected and largely dysfunctional shallow water habitats.

The Hudson River Foundation, where I serve as president, has long sought to address the myriad problems plaguing this vital waterway. Despite substantial progress over the past 40 years, the river continues to carry the burden of polychlorinated biphenyl compounds, or PCBs, that were frequently dumped into it during the 20th century and are likely carcinogenic to humans. Meanwhile, newer toxic chemicals like per- and polyfluoroalkyl substances — known as PFAS and nicknamed “forever chemicals” due to their environmental persistence — are a rising concern. Scientists are finding microplastics throughout the river’s watershed, and combined sewer overflows can render the water unsafe to fish or swim in. The living oyster reefs and seagrass beds that once sustained diverse communities of animals and plants are almost entirely gone. The productive shallows that used to provide refuge for crabs and fish — and buffer the shoreline from storm surges and flooding — have been ravaged by the effects of industrial pollution, development, and wastewater discharge. At a time when the world is facing the ever-growing reality of climate change, much of Manhattan’s natural protections have been lost, leaving behind silt, sand, and mud.

It has become clear to us — and to the many scientists we work with — that the issues facing the Hudson are as complex and intertwined as the species that make it home. Fully functioning shallow water environments like those that once were part of the Hudson River and New York Harbor can reduce damages from storm-driven waves and flooding, and increase resilience to climate change. The vital habitat they provide to the river’s wildlife supports recreation that improves quality of life, and can provide economic and cultural benefits to New York City residents. More generally, healthy coastal ecosystems have been shown to have economic value and enhance people’s connections to nature. Because of that interconnectedness, we’ve come to realize that the challenge of enhancing and restoring these ecosystem features in the Hudson demands a new kind of science — one that is interdisciplinary and nimble enough to inform decisions that are made on short time frames.

The Hudson is not unique in this respect. Environmental problems facing coastal cities are human problems. The more frequent hurricanes that threaten the Gulf Coast, rising sea levels that could place many cities in India, Thailand, and Vietnam under water, and the intense storm surges that have become more common in Manhattan and along the eastern United States — these are more than environmental or oceanographic concerns. They are anthropological, sociological, economic, and cultural. They are about equity and accessibility. And they require concerted efforts to integrate the natural, physical, and social sciences, with their different “ways of knowing” and their different forms of data and analysis.

Take, for example, a $5.5 billion project proposed by the U.S. Army Corps of Engineers that would deepen shipping lanes in the New York-New Jersey Harbor in order to accommodate the next generation of cargo vessels. The project would remove millions of pounds of rocks and sediment from the channels that wind through the Narrows and the Kill Van Kull to the major New Jersey and New York shipping terminals. Much of the dredged material produced in the deepening project will be clean, and the USACE is actively considering what beneficial uses could be realized. Could that clean rock be relocated a bit further up the Hudson? And if so, could it form a foundation upon which a renewed natural community and ecosystem could thrive on the west side of Manhattan?

The productive shallows that used to provide refuge for crabs and fish — and buffer the shoreline from storm surges and flooding — have been ravaged by the effects of industrial pollution, development, and waste water discharge.

To begin to understand how beneficial this hard substrate could be, the Hudson River Foundation asked a group of scientists — biologists with expertise in oysters and fish, an engineer who studies hydrodynamics and river restoration, and an expert in urban sustainability and resilience — to consider what would happen if the soft, muddy bottom was replaced with those rocks. Working together, the group refined a conceptual tool, a deceptively simple diagram, showing the relationships and feedbacks that would occur. Their diagram showed that as clean rock became colonized with oysters and other organisms, it would create a habitat for more mobile bottom dwellers like crabs and juvenile fish. The enhanced habitat would also modify sediment accretion, attenuate waves, and over time attract coastal wildlife.

These links extended well beyond ecological relationships. The group of scientists determined that these natural communities and shallow water enhancements also benefit human communities. A healthy shallow water ecosystem creates opportunities for fishing and boating and improves the aesthetics of this busy shoreline. In doing so, it provides economic and cultural benefits to New York City residents: It’s nicer to look out at a shoreline teeming with wildlife than a muddy wasteland.

Everything about this equation seems simple. Adding rocks to the shallows isn’t the most complicated maneuver, and the team’s diagnostic model isn’t a complex equation. But the impact of this kind of thinking is vital. An interdisciplinary, team-based approach not only can enumerate the ecological and social value of a deceptively simple action like placing rocks in the shallows; it can also add a compelling rationale for decision makers to support comprehensive approaches to large scale environmental projects.

If we’re going to succeed at problems like adapting to climate change, protecting clean water supplies, and preserving biodiversity, we all need to think differently, work collaboratively, and commit to learning as we go.

Whenever we alter an environment — above or below the waterline — we impact the humans, animals, fish, and flora on either side. The success of an intervention depends in great part on the information and analyses that inform the decision making. Yes, this calls for data about things like flooding, fisheries, and water quality. But it also calls for economic and social data that can provide insights about human communities and what they care about. Crucially, if these data and analyses are to fully illuminate an action’s potential benefits and tradeoffs, they can’t remain siloed by discipline. Solutions to environmental problems demand that we merge and build on the accomplishments of discipline-specific research in new ways that transcend the boundaries we have historically drawn between the “natural” and “human” worlds.

To achieve these changes, both researchers and funders have to think about their work differently. Researchers have to find common purpose and learn to work with colleagues who understand the world in different ways. Reviewers and funders have to incentivize these collaborations and be willing to fund risky, unconventional projects, especially in the realm of climate and the environment. With this funding must come support to help researchers from disparate disciplines learn how to work together effectively. Interdisciplinary collaboration calls for team members to do more than just listen to each other; it requires intentional processes designed to help each team member understand languages and norms used in fields outside of their own, and it calls for the group to work collectively to develop a shared language and approach that can provide insightful and actionable information.

The collaborative work being done to restore the Hudson River is just a start. If we’re going to succeed at problems like adapting to climate change, protecting clean water supplies, and preserving biodiversity, we all need to think differently, work collaboratively, and commit to learning as we go. Our knowledge, history, beliefs, culture, and social and economic structures will help to shape and define the big environmental challenges we will face in the coming decades. To give ourselves the best chance of solving those problems, we must be willing to look at them, together, in new ways.

Jonathan Kramer, Ph.D., is a marine and environmental scientist whose recent work has focused on catalyzing interdisciplinary team-based socio-environmental research. He is currently the president of the Hudson River Foundation, based in New York City.