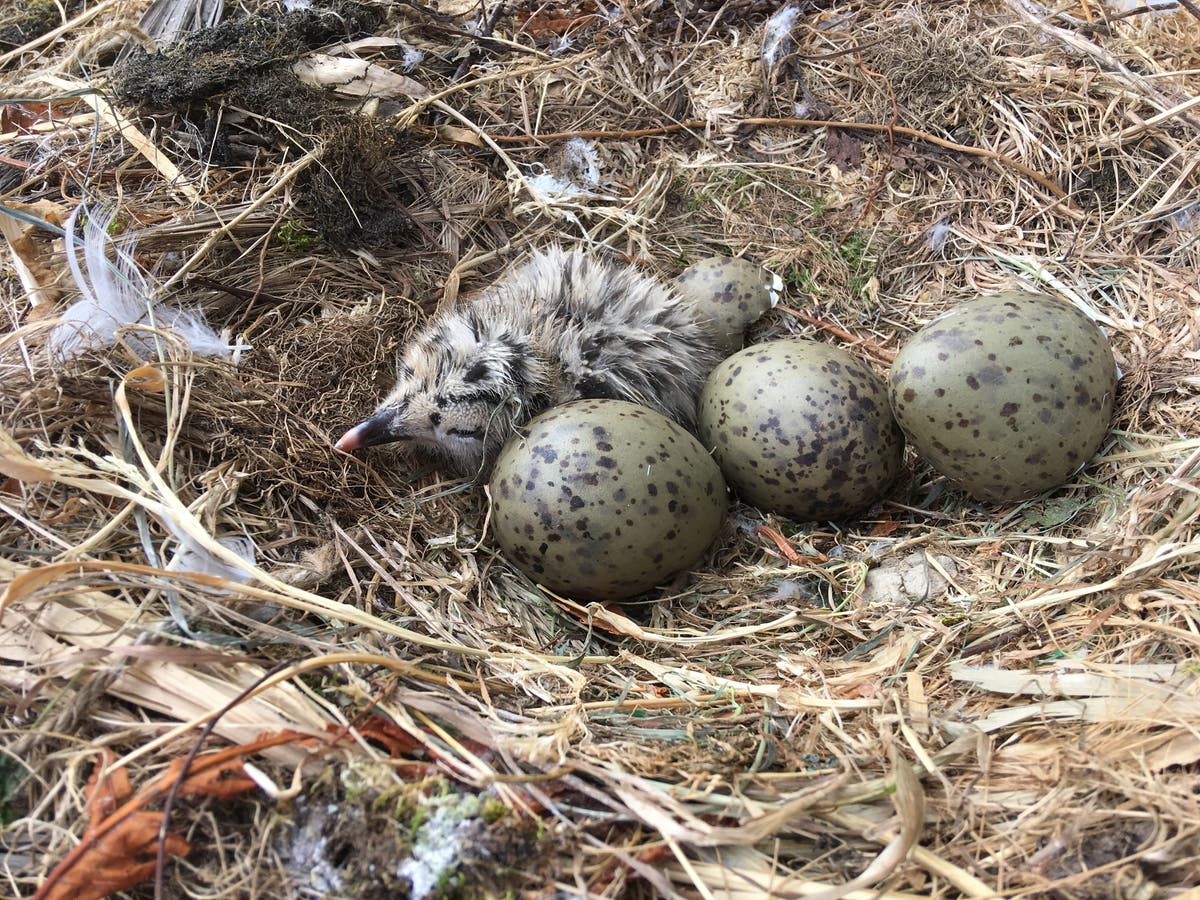 erring gull eggs have been found to be contaminated with chemical additives used in plastic production, researchers said.

A study looked for evidence of phthalates – a group of chemicals added to plastics to keep them flexible – in newly laid herring gull eggs.

The research by the universities of Exeter and Queensland found up to six types of phthalate per egg.

The chemicals function as pro-oxidants – potentially causing oxidative stress that can damage cells.

Professor Jon Blount, of the Centre for Ecology and Conservation at the University of Exeter’s Penryn Campus in Cornwall said: “Herring gull mothers pass on vital nutrients to their offspring via their eggs.

“This includes lipids that nourish developing embryos, and vitamin E, which helps to protect chicks from oxidative stress that can occur during development and at hatching.

“Unfortunately, our findings suggest that mothers are inadvertently passing on phthalates and products of lipid damage – and eggs with higher phthalate contamination also contained greater amounts of lipid damage and less vitamin E.”

The researchers say the impact of their findings on developing chicks is not yet known, and further research is needed.

They collected 13 herring gulls eggs from sites in Cornwall and all 13 were found to contain phthalates.

Phthalates – which are used in most plastic products and readily leech out – can build up in living organisms by becoming concentrated in fatty tissues.

While the study does not show where the gulls acquired the phthalates, they have been previously found in species preyed on by herring gulls, and the birds are known to swallow plastic.

Prof Blount said: “Research on the impact of plastic on animals has largely focused on entanglement and ingestion of plastic fragments.

“Far less is known about the impacts of plastic additives on the body.

“By testing eggs, our study gives us a snapshot of the mother’s health – and it appears phthalate contamination could be associated with increased oxidative stress, and mothers transfer this cost to their offspring via the egg.

“More research is now needed to discover how developing offspring are affected by being exposed to phthalates before they have even emerged as a hatchling.”

The study received an initiator grant from QUEX, and is published in the journal Marine Pollution Bulletin.