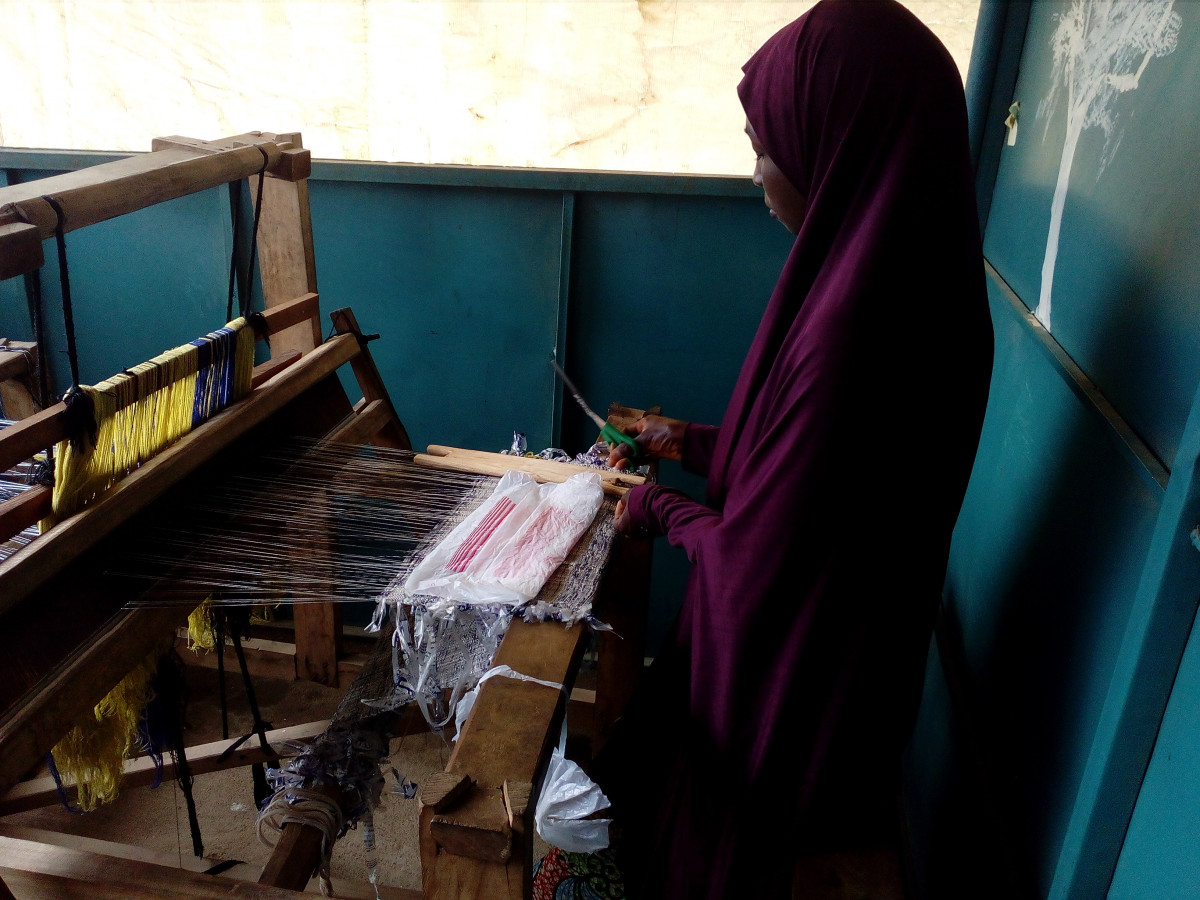 A four-year-old tech startup in Nigeria is hiring internally displaced women to recycle waste, as part of a growing number of recycling initiatives in the country.

Founded by Rita Idehai, a geologist and environmental expert, Ecobarter is attempting to reduce dumpsites blocking waterways, drainages and gutters, in an effort to prevent deadly and costly flooding in the Nigerian capital of Abuja.

“The problem of waste management in the Federal Capital Territory (FCT) requires urgent attention,” Mark Chukwuemeka Ebisike, an environmental expert consulting the Nigerian government, tells Next City. “Dumpsites are everywhere, and not much has been done about it. The incessant flooding in the FCT can be linked to this.”

Janet Peni, Deputy Director of Information & Communication at the Abuja Environmental Protection Board, agrees: “The flooding in the FCT is partly our fault: we, the residents of the FCT, have a poor attitude to waste disposal.”

Ecobarter is working to change such attitudes by allowing residents of Abuja to create value from everyday waste: The company rewards waste pickers with cash for collecting recyclables, and hires Nigeria’s internally displaced women to transform collected waste into fashion and household items.

Khadijat Annayim, 32, is one of 150 internally displaced women working with Ecobarter. After her husband was killed in 2014 by Boko Haram insurgents, she was forced to flee Nigeria’s northeastern Borno state with her four children.

“It has not been easy to be here,” Annayim says. “We used to struggle even to eat. Since I started work in Ecobarter, I have been getting some money to take care of my needs.”

Through Ecobarter, Idehai aims to not only address local environmental and infrastructural crises but also provide a measure of financial security for internally displaced people, or IDPs, who are effectively refugees within their own country.

“I’ve been that child that always wanted to make an impact,” Idehai says. “IDPs are some of the most disadvantaged members of our community, and their living conditions clearly needed some improvement. I felt they would be able to do a lot for themselves if they are financially empowered.”

“Ecobarter rented a large plot of land on which the recycling site is situated. The remaining portions of land are used by the women for farming,” explains Hauwa Mahmoud, a 40-year-old literacy coach volunteering to teach the women at Ecobarter to read and write.

“When they are not weaving, they work on their farms, cultivating maize, beans, yams, soy, and groundnuts,” she says. Organic waste collected from local markets is used to produce compost for the farms. “They consume almost all the crops they harvest, and sell the rest,” she adds.

Around 100 scavengers collect waste for the company. “They are the young boys you see everywhere picking waste from dumpsites and people’s bins,” Idehai explains.

“We also collect waste directly from households and sensitize people so that individuals understand the importance of recycling,” Idehai says.

Ecobarter recently launched a mobile app to offer waste pickup services to users across Nigeria, and not just Lagos and Abuja.

“The waste is weighed and credited to the Ecobarter wallets of the subscribers,” Idehai explains.

In four years, Ecobarter has generated NGN 15 million with no help from the government. “When we started, we were collecting 2,000kg of waste per month, now it’s between 20,000 and 30,000kg,” the founder says.

“This partnership has been very helpful,” Peni says. “If not for their contribution, it would have been very difficult for us to deal with waste management. We give them our best support, but because of cash constraints, we cannot supply them with all their needs.”

The cost of logistics and the low level of awareness about the importance of sustainable waste management remain a major challenge, however.

“We have to spend a lot of money on educating people, designing campaigns and incentivizing them to understand the importance of recycling and the dangers of indiscriminate waste management,” Idehai says.

“It is important for us that there is a behavioral change towards how people manage their wastes in their homes.”

This article has been published in collaboration with Egab.

Chidi Nwachukwu is a freelance journalist in Nigeria.