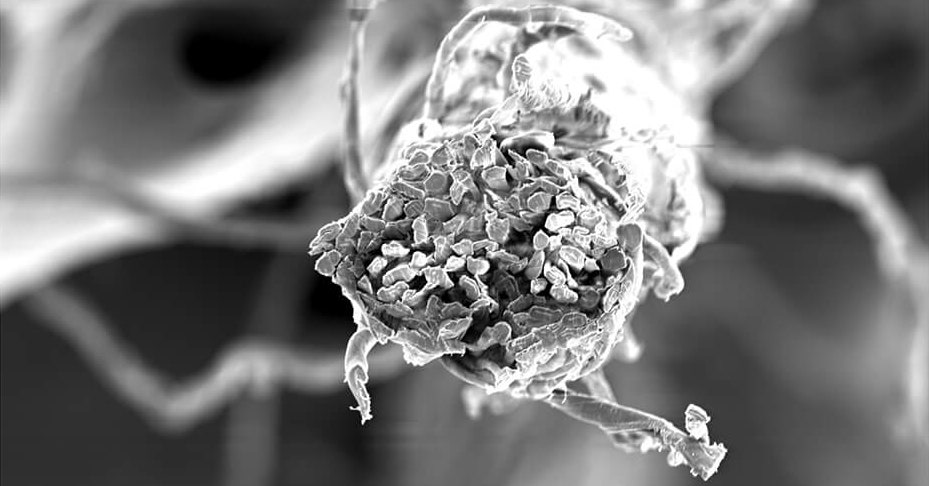 Luke Haverhals wants to change how yoga pants are made. Most performance fabrics used in athletic clothing, like Spandex, are made from synthetic fibers—plastic, essentially. Those plastics are problematic for humans and the environment. Haverhals’ company, Natural Fiber Welding, offers an alternative to synthetic fabrics.

NFW makes a performance cotton textile called Clarus that can be used for clothing. The fabric is made from cotton that has been treated to partially break down the organic material and leave it stronger and denser. The result is cotton yarn that behaves more like synthetic fibers.

When asked if his company is a tech company or a textiles company, Haverhals responds without hesitation. “We’re a tech company … but our first focus is textiles.”

Haverhals has a PhD in chemistry and began his career teaching at the Naval Academy in 2008. While there, he worked with a team of chemists and materials scientists researching ionic liquids, which are essentially melted salts. These salts usually remain liquid at room temperature and can be used as solvents for breaking down biomass, things like cotton and cellulose. In 2009, with funding from the Air Force’s Office of Scientific Research, the team realized a significant breakthrough in strengthening natural fibers using ionic liquids.

The team asked what might happen if they partially broke down natural fibers and then welded or fused them together. The result is a kind of monofilament cotton. While the original fibers might be only a few centimeters long, the partially dissolved and fused fibers can be made much longer. This creates a stronger yarn that mimics the performance characteristics of synthetic fibers.

In 2016, Haverhals left the Naval Academy and founded NFW with a grant from the Department of Defense and a license from the Air Force to produce yarns and textiles using the process that had come to be known as “fiber welding.” The company has been issued eight patents globally, and has 90 pending.

Haverhals and NFW win praise from critics of plastics—and of marketing campaigns claiming to have eliminated them. There’s growing concern about the plastic microfibers synthetic materials like polyester shed with each turn of the washing machine. “I think he (Luke) is the real deal, and I think there are very few people out there that are the real deal,” says Sian Sutherland, founder of A Plastic Planet, a nonprofit that aims to eliminate the use of plastics. “This is not just about eradicating fossil fuels within the textile industry, but above and beyond that, it’s also about toxins.”

NFW has attracted a handful of big-name investors, including Ralph Lauren, BMW’s iVentures, and Allbirds. In July, the company said it had raised $15 million from private investors, bringing its total to $45 million. Some of that money went to expand its factory in Peoria, Illinois, where it’s now working to scale up production to hundreds of thousands of square feet of Clarus per month. In September, NFW announced a partnership with Patagonia to bring Clarus fibers into some of the brand’s new products. Haverhals says hundreds of brands are in line to buy the company’s textiles for their own products. He says NFW will provide standardized products to manufacturers and work with brands hoping to develop specialized textiles.

Mirum, NFW’s other product line, is a plant-based alternative to leather. It’s made from things like coconut husk, natural rubber, or cork and is cured, or enhanced for durability, using a patented chemistry with no petrochemical additives. This differentiates Mirum from other synthetics that rely on harsh chemical treatments to achieve a desired consistency or feel. The company pitches it as a substitute for leather in products such as auto interiors and shoes. Allbirds plans to start selling shoes made with Mirum soon.

Kasper Sage, managing partner at BMW’s iVentures venture capital arm, says NFW is promising because its products are high quality and sustainable, and the technology is scalable, which is important to automakers. “This is the only company we have found … trying to tackle this problem, that has the potential to really make it in serious automotive production,” says Sage.