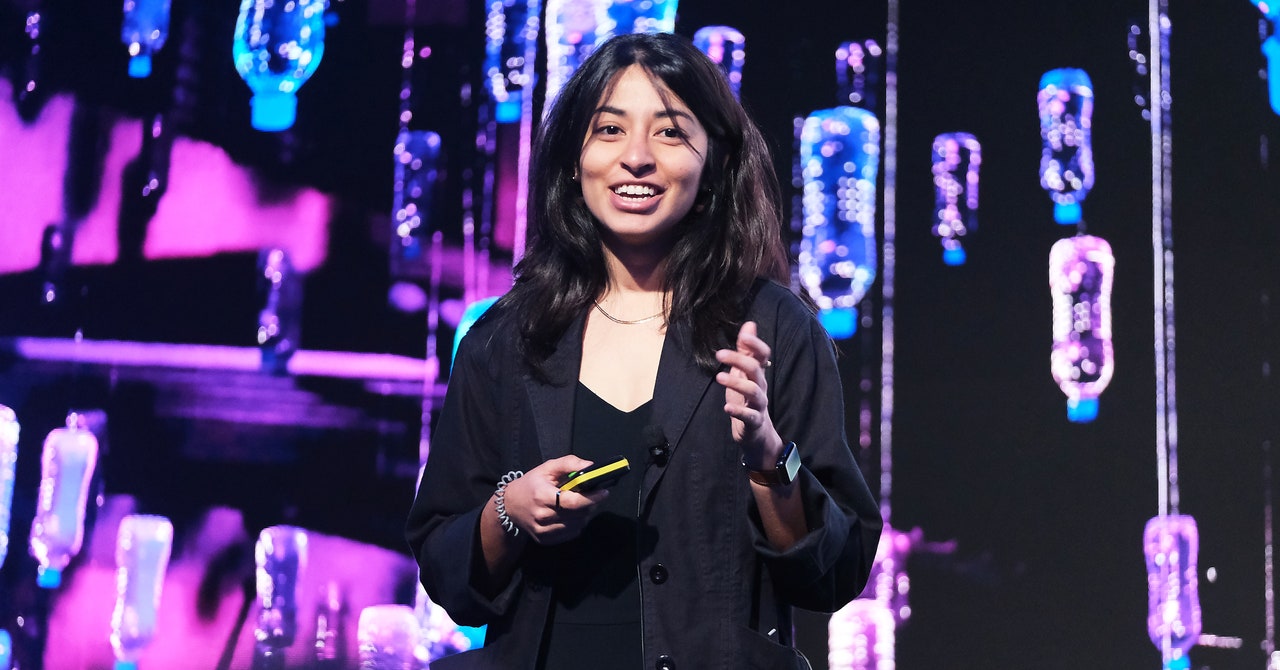 Every year, people in the United Kingdom throw away around 96 billion pieces of plastic packaging—an average household tosses 66 pieces every week. Almost half of this packaging waste ends up being incinerated, while a quarter is buried in landfills, according to a May 2022 survey by Everyday Plastic and Greenpeace. The scale of the waste is hard to fathom.

“The plastics crisis can be daunting,” says Insiya Jafferjee, the CEO and cofounder of packaging company Shellworks. Speaking at WIRED Impact in London this November, Jafferjee said that even small, seemingly simple pieces of plastic—such as scoops included in baby formula packaging—result in hundreds of millions of pieces of plastic waste every year. Shellworks was created to start making a dent in the amount of plastic packaging that gets thrown away. To do so, Jafferjee and cofounder Amir Afshar developed an entirely compostable material that can be used to package goods.

Dubbed Vivomer, the company’s material is created from microbes found in the soil and marine environments and can be shaped into solid jars or containers, as well as more flexible droppers that release liquids. “The catch, or the benefit of this, is that if you throw this jar away, the very same microbes in the soil and the marine environment will see it, recognize it as its food essentially, and break it down,” Jafferjee says.

The packaging doesn’t need any special environment to degrade: It can be composted at home or in industrial recycling. If a Vivomer product is thrown away with regular trash, Jafferjee says, it will still degrade, and it doesn’t produce any microplastics in the process. Depending on the size of the packaging, it can take anywhere between a year and five years to degrade.

Jafferjee told WIRED Impact that since Shellworks was founded in 2019, it has faced multiple challenges. While creating its proof of concept, the team worked in a shed and had to use machinery it was able to get for free. Then, on the eve of its first major delivery, an electrical fire decimated the firm’s stock. It has since learned to outsource manufacturing and started producing products en masse.

The company’s most significant order to date, Jafferjee says, was recreating the packaging for beauty brand Haeckels’ skincare products. In total, it produced more than 300,000 Vivomer items for 100,000 products, designed to hold everything from face creams and serums to oils and exfoliating powders. “We’re trying to scale,” Jafferjee says. To tackle the plastics crisis, scale is needed.