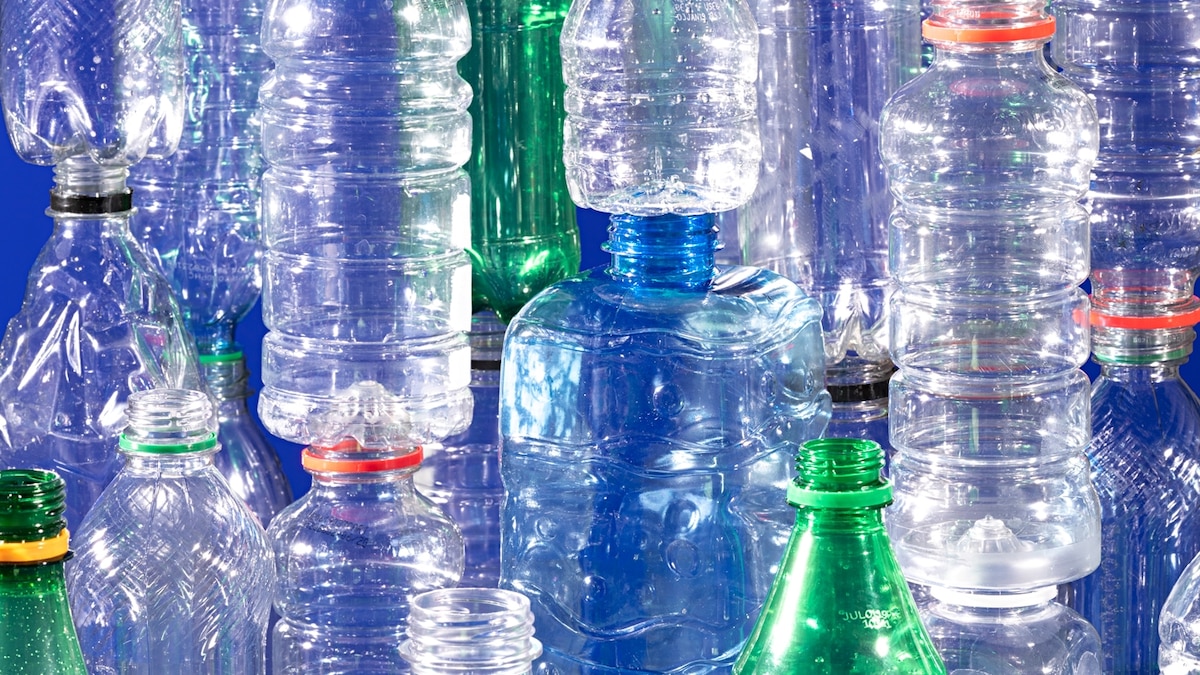 The United States creates more plastic trash than any other country and ranks third among coastal nations for contributing litter, illegally dumped trash, and other mismanaged waste to its beaches. Yet, even with such an abundance of disposable plastic—scientists measured 46 million tons in 2016—the U.S. manages to recycle just under 9 percent every year.

So, when California’s sweeping legislation on plastic waste was signed by Governor Gavin Newsom last week, the moment was heralded as a transformative shift that may redefine how the nation at large deals with the growing amount of plastic waste.

“The magnitude of this legislation really can’t be overstated,” says Anja Brandon, a plastics policy analyst at the Ocean Conservancy, which participated in the lengthy negotiations to craft the bill. “This is the first legislation anywhere in the world that requires a simple reduction in the amount of plastic.”

The new law aims to accomplish several big things at once. Most significantly, it requires a 25 percent reduction of plastics in single-use products in California by 2032—a first in regulatory efforts in the U.S. to restrain the growth in plastic manufacturing, which globally is forecast to triple by mid-century to 32 million tons a year. The reduction can be achieved by shrinking the size of packaging and shifting to refillable containers or packaging made from other materials, such as recyclable paper or aluminum. By the Ocean Conservancy’s calculations, those packaging reductions would eliminate nearly 23 million tons of single-use plastics over the next decade. Californians throw away about 4.5 million tons of plastics yearly, according to CalRecycle, the state’s waste management agency.

The new law also requires 30 percent of plastic to be recycled by 2028, increasing to 65 percent by 2032—a giant leap. It further requires the industry to create a $5 billion fund over the next decade to help low-income communities impacted by the effects of plastic pollution.

Finally, it transfers the cost of recycling to the industry from municipalities and their taxpayers. The practice, known as extended producer responsibility, (EPR) has been in use in the European Union (EU) since the 1990s, and is credited with boosting higher recycling rates in western Europe, which hover around 40 percent.

Canada began such an EPR program last year. Other countries, including India, are in the process of writing EPR regulations. In the U.S., EPR has been introduced in Congress, but so far has failed to gain approval. California’s shift to EPR follows Oregon, Maine, and Colorado, which have passed slightly different versions.

“It’s been a long time for the dam to break in the U.S.,” says Ted Siegler, a waste expert and partner at DSM Environmental Services in Vermont. He has worked with nations across the globe to develop waste management systems, and has long supported requiring industry to finance the cost of processing the trash their products become. “It will take several years before we will see if any of these EPR laws here are going to work.”

The new law is expected to prompt change in the plastics industry far beyond California’s borders. As the most populous state and the world’s fifth largest economy, California influences markets in ways that other states can’t. Auto manufacturers, for example, agreed to follow California’s fuel emissions standards, which are stricter than federal standards. In plastics, experts predict that product packaging lines, for example, will be adapted to California’s standards no matter where the products are sold.

“A national or global company in all likelihood will make those changes globally or nationally, and not just for the state of California—or Maine,” Siegler says. But he also sounded a cautionary note against counting on the new law to live up to its effusive praise as landmark: “My experience with waste reduction measures is they have always failed to meet reduction targets written into the legislation. It would be great if they were able to (in this case). Proof will be in the implementation.”

The EU remains the world leader in regulating plastic products, packaging, and waste. It has banned 10 types of single-use plastic products, including food and beverage containers made of expanded polystyrene or foam, straws and beverage stirrers, and certain biodegradable plastics. The EU also is in the process of revising regulations in order to reduce all packaging. And, to support the use of recycled plastic, it is considering setting mandatory targets for recycled content required in packaging, vehicles, and construction products.

In the U.S., efforts to curb plastic waste have been scattershot. Eight states have banned plastic shopping bags. Five states have banned expanded food containers made of expanded polystyrene, or foam. The plastics industry has succeeded in persuading lawmakers in more than a dozen states to pass laws preventing such product bans.

Federal legislation, which includes a provision calling for a fee on production of virgin plastic used to make single-use plastics, is tied up in Congress. The provision is aimed at leveling the playing field for plastic production: In the U.S., making plastic from virgin plastic is far cheaper than making it from recycled plastic, and those economics contribute to the growing accumulation of plastic trash around the world. Meanwhile, the Biden administration announced last month a plan to phase out single-use plastics in national parks and other public lands by 2032.

California already leads the nation in regulating plastics, having banned bags statewide and expanded polystyrene in 128 cities. Last year it outlawed the use of the common circular recycling symbol, found on the bottom of packaging, in cases where the packaging is not actually recyclable.

Still, efforts to pass more comprehensive legislation eluded lawmakers until this year. Success this time came largely because the plastics industry joined other proponents to craft a compromise that kept a more stringent plastics initiative, known as the “anti-plastics” bill, off the November ballot.

There’s no pleasing everyone

Even so, not everyone was happy with the outcome. The American Chemistry Council, an industry trade group that lent support in an effort to derail the ballot measure, nevertheless gave the new law praise, however faint. In a statement, Joshua Baca, the group’s vice president of plastics, said the law is “not the optimal legislation to drive California towards a circular economy,” but pledged to work with California lawmakers to refine several provisions.

Judith Enck, a former EPA regional administrator and founder of the activist group, Beyond Plastics, faulted lawmakers for failing to ban expanded polystyrene, and for not closing loopholes that she says may allow plastics producers to avoid meeting their targets. “When the dust settles, there will be some remorse,” she says. “Better than nothing is not a good strategy.”

Recology, the San Francisco-based recycling company that provided seed money to get the citizen’s initiative on the ballot, praised the new law for its EPR provisions and efforts to reduce plastic packaging, but said in a statement even more legislation and additional funding will be required.

“As a recycling company, Recology is doing everything we can, but manufacturers and their packaging companies are producing too many plastics in total and too many different kinds of plastics,” the company said.

Recology, which provides recycling and composting service to nearly 150 communities in the three West Coast states, does advise consumers to do their part: “Each time we avoid plastic when shopping, we send direct messages to brands and their packaging companies. If we don’t buy it, they won’t make it.”

In the end, what sets the new California plastics law apart is the requirement that reduces plastic production, says George Leonard, the Ocean Conservancy’s chief scientist.

“It goes to the heart of the question—the growth of plastic production as a driver in environmental change. Is it everything? No. But it’s going to bend the curve in a more practical way than anything that came before.”