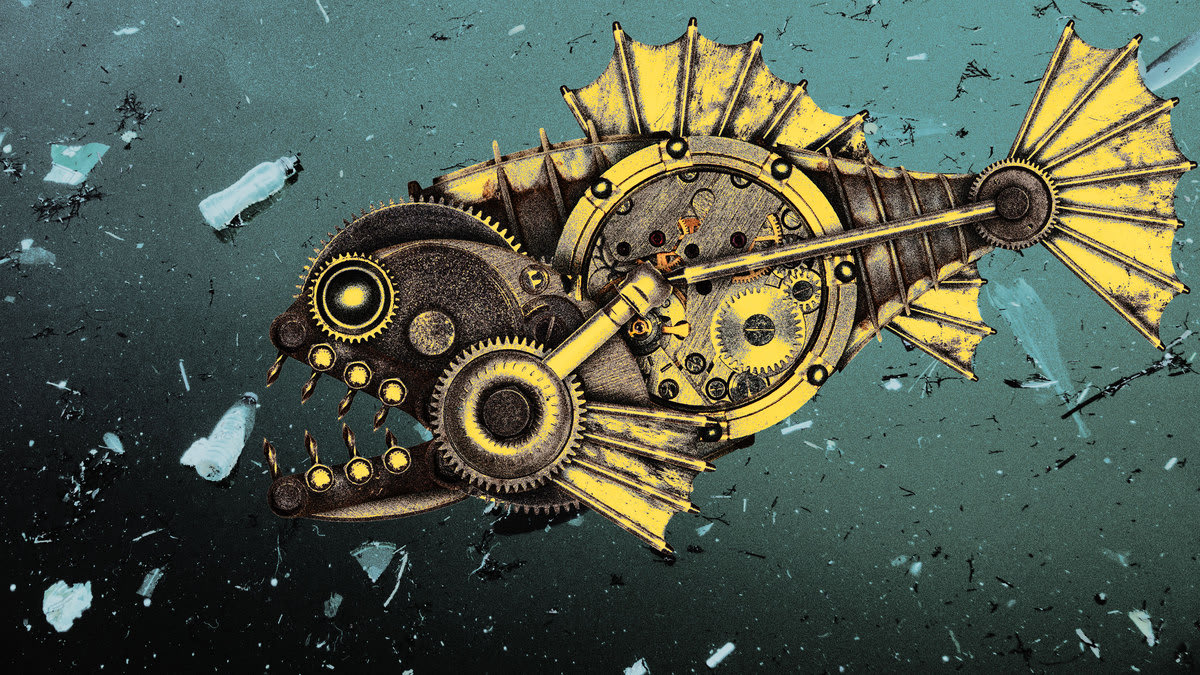 Microplastics are a menace. They’ve been found everywhere from the top of Mount Everest to melted Antarctic snow. Microplastics have even been found circulating in human blood. But perhaps the place where they are having the worst impact is in Earth’s oceans. Plastic is the single most common debris in the sea—often breaking down over time into tiny bits that are consumed by fish and capable of wreaking havoc on marine ecosystems.

That’s why scientists have been working on a new method of getting rid of them for good: fish-shaped robots that can actually clean up the oceans while swimming.

In a study published Wednesday in the journal Nano Letters, researchers at Sichuan University in China created a fish-bot made of a light-activated material that can absorb microplastics as it swims in water. The team believes the new bot could be used to transport pollutants to another location where they can be collected and properly disposed of. It could also be used for detecting and monitoring microplastics in harsher environments that humans can’t explore easily like the frigid waters of the arctic.

“The proof-of-concept robot is demonstrated to emphasize its maximum swimming speed of 2.67 body length per second, whose speed is comparable to that of plankton,” the study authors wrote, adding that the speed outperforms similar soft robots.

The fish-bot is made of a composite material that’s safe for marine environments and physically reacts when a near-infrared light laser is pointed at it. Blinking the laser on and off can cause the robot’s “tail” to flap back and forth, allowing it to mimic a real fish and swim. As it moves, microplastic material sticks to its body, much like suckerfish do to whales and sharks. On top of that, the material the Sichuan University researchers used can repair itself when cut—which means it’s effectively self-healing.

While we’re still a long ways away from schools of fish-bots roaming the seas, this is still an innovative solution to the persistent problem of microplastics in our polluted oceans. It could one day provide a novel way of ridding some areas of the pollutant—just don’t eat one if you catch it on your line.