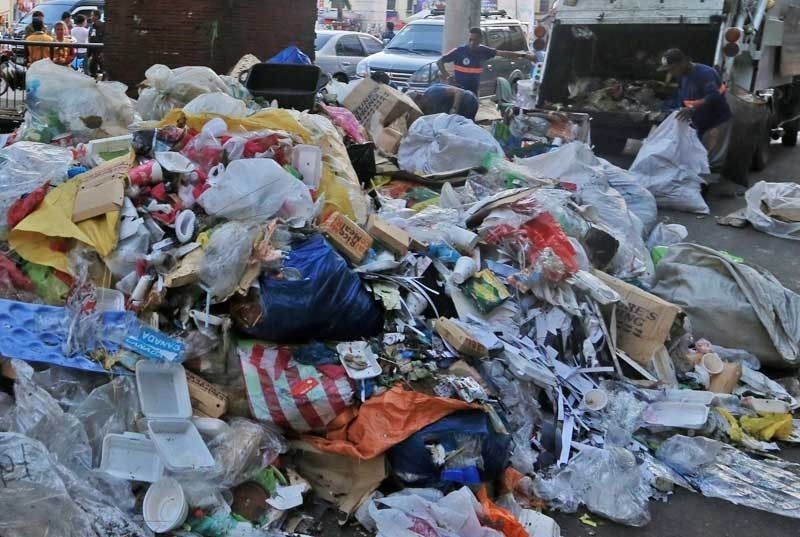 MANILA, Philippines — Burning and improper disposal of plastic wastes lead to contamination of the food chain, especially in developing countries like the Philippines, a global study showed.

In a study released by the International Pollutants Elimination Network (IPEN) with the environmental watchdog EcoWaste Coalition, it was shown how common disposal methods of plastic waste such as by burning and dumping, as well as their exportation, end up contaminating the food supply and threatening community health.

The egg samples were analyzed in European laboratories. The IPEN explained that egg analysis was employed for the study as eggs easily show traces of contamination with persistent organic pollutants (POPs) because of their significant lipid content where POPs like dioxins can accumulate and “because eggs from contaminated areas can readily lead to exposures that exceed thresholds for the protection of human health.”

For the Philippines, the egg samples were obtained near a hazardous waste incinerator in Trece Martires City in Cavite, and in a neighborhood in Caloocan City where electronic waste (e-waste) dismantling is taking place.

The egg samples were specifically analyzed for dioxin, a common byproduct of plastic waste open-burning, crude recycling, chemical production and incineration technologies. The eggs were also analyzed for the presence of other POPs, collectively known as “flame retardants” which have been banned or are in the process of being banned globally through the Stockholm Convention on POPs.

Based on the laboratory analyses, all the egg samples from the 14 countries contain various kinds of toxic chemicals “many of which are banned or regulated,” including chemical additives polybrominated diphenyl ethers, polychlorinated biphenyls (PCBs), short-chained chlorinated paraffins and unintentional byproduct POPs like dioxins.

The study found that the levels of dioxin and PCBs in eggs in some locations “were so high that residents could not eat a single egg without exceeding the health safety threshold limits for these chemicals established in the European Union.”

The “extremely high” levels of dioxin were specifically observed in the egg samples from seven African and Asian countries, including the Philippines. The report noted that egg samples from these countries were collected near facilities “where plastic waste is, or was either used as fuel or incinerated, often in combination with other waste.”

Analyzed eggs from the Philippines, meanwhile, had dioxin levels ranging from 5.3 to 53 pg TEQ g-1 fat.

The experts involved in the study said that using non-combustion alternative methods, instead of waste-to-energy incineration technologies, for the treatment of hazardous waste and other wastes can prevent the creation of unintentional POPs formed during the burning process.

“Dioxins and other POPs remain in the soil for decades or even centuries, creating a reservoir of highly toxic contaminants that poison the food chain now and will continue to do so for a long time into the future,” said Jindrich Petrlik, study co-author and Toxics and Waste program director of Arnika Association.

“This report confirms that the harm being caused by plastic waste exports is not limited to visible litter and pollution, but includes the insidious damage to human health caused by contamination of the food chain in importing countries. Toxic chemical additives and the world’s most hazardous substances are literally bleeding into the food supply of those countries least able to prevent it,” Lee Bell, IPEN’s policy advisor on POPs, added.

As for the Philippines, EcoWaste Coalition chemical safety campaigner Thony Dizon said the findings of the study strengthen their resolve to push for state policies against hazardous wastes.

“This global study provides advocates for a zero waste and toxics-free society in our country with critical data to justify strong policy solutions to curb plastic and chemical pollution, including a ban on hazardous waste imports such as electronic waste and plastic waste often disguised as scraps for recycling, a ban on non-environmentally acceptable products and packaging, and the enforcement of the ban on waste incineration, including proscribing burn or thermal waste-to-energy technologies,” Dizon said.