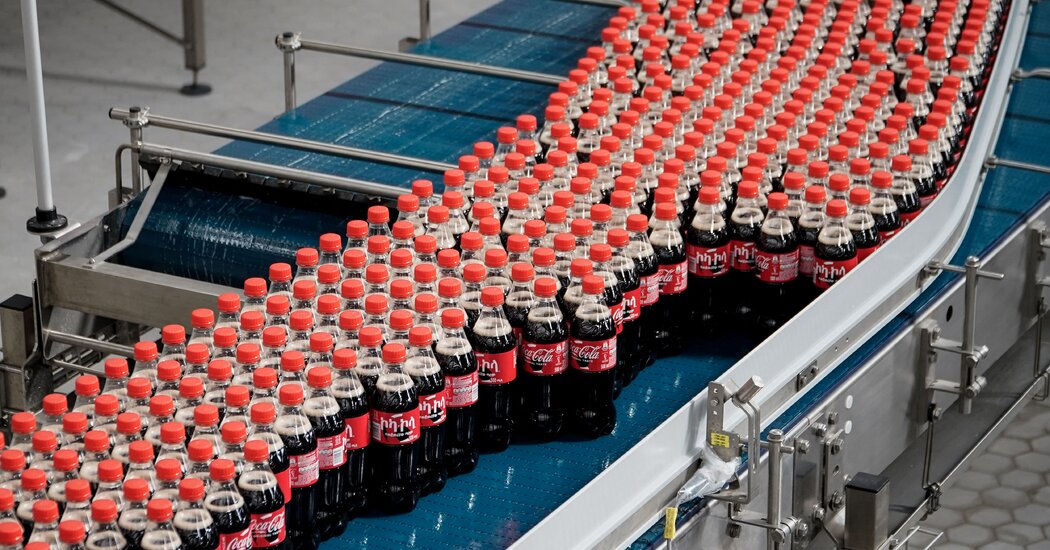 The decision to include Coca-Cola as a major sponsor of this year’s United Nations climate summit in Sharm el Sheikh, Egypt, has angered many climate activists, who cite a recent report that says the company’s production of plastics is increasing.

The beverages giant, which was named the world’s leading polluter of plastics in 2021, has increased its use of new plastics since 2019 by 3 percent to 3.2 million tons, according to an annual report issued this month by the Ellen MacArthur Foundation, which has united 500 organizations in a “global commitment” to reduce plastic waste.

Activists note that the majority of plastics are manufactured using fossil fuels like crude oil, coal and natural gases. The British government, which hosted the previous round of global climate talks last year in Glasgow, took a stricter approach to corporate responsibility issues, barring fossil fuel companies from sponsorship arrangements.

A delegate from last year’s conference, Georgia Elliott-Smith, called to revoke Coke’s corporate sponsorship in an online petition, which garnered more than 238,000 signatures in the lead-up to the summit.

“Plastic is suffocating our planet and, year after year, one company leads the pack of polluters — Coca-Cola,” Ms. Elliott-Smith wrote on the petition’s webpage.

“Coca-Cola spends millions of dollars greenwashing their brand, making us believe that they are solving the problem,” she said, adding that “behind the scenes,” the company had “a long history of lobbying to delay and derail regulations that would prevent pollution, keeping us addicted to disposable plastic.”

In an email, a Coca-Cola representative, who did not give their name, said the company shared the goal of eliminating  waste from the ocean and appreciated efforts to raise awareness about this challenge.

“While we recognize that we have more work to do, we believe that effective climate solutions will require all of society to be involved including governments, civil society and the private sector,” the press officer said.

The company says it plans to make its packaging recyclable worldwide by 2025, according to its Business & Environmental, Social and Governance Report, published last year. Coca-Cola also produced 900 prototype bottles in 2021 made almost entirely of plant-based plastic, excluding the cap and the label.

But the progress report released by the MacArthur Foundation this month has cast doubt on its environmental ambitions, revealing that the target of shifting all packaging to reusable, recyclable, or compostable packaging by 2025 will “almost certainly” not be met.

“The report clearly shows that voluntary commitments from companies to address plastic pollution have failed,” said Graham Forbes, a global project leader focused on plastics at Greenpeace. “Instead of tackling the plastic pollution crisis, big brands like Coca-Cola, PepsiCo, and Mars actually increased the amount of plastic they create since the EMF Global Commitment was launched in 2018.”