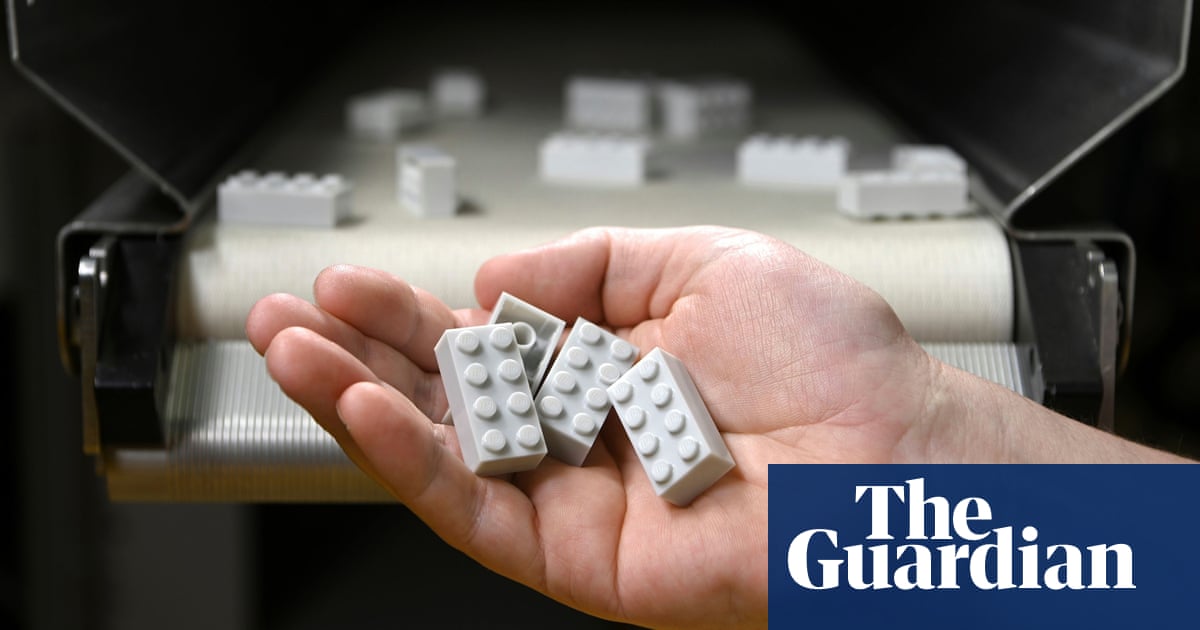 Lego has unveiled its first bricks made from recycled plastic bottles and revealed that it hopes to include the pieces in sets within two years.

The Danish company, which takes its name from the Danish words for “leg godt”, meaning “play well”, makes billions of bricks a year, most of them from a plastic called ABS which gives them “clutch power”, helping them to grip together.

The prototype 4×2 bricks have been made from PET plastic from discarded bottles with additives to give them the strength of standard Lego parts, and are the result of three years of experiments with 250 variations of materials.

On average, every 1-litre plastic bottle used in the process provides enough material for 10 4×2 Lego bricks.

The process will be tested and developed further before the toymaker decides whether to move to the pilot production phase. The next part of testing is expected to take at least a year.

Lego has more than 150 people working on making its products more sustainable and said it would invest up to $400m (£286m) over three years in achieving that aim.

It has already announced plans to remove single-use plastic from boxes, and since 2018 has been producing parts from bio-polyethylene (bio-PE), made from sustainably sourced sugarcane. These parts are bendy pieces, such as trees, leaves and accessories for figurines.

It said the pigments used to dye bricks were not oil-based, but it was working to make them more sustainable.

Tim Brooks, vice-president for environmental responsibility at Lego Group, said the biggest challenge was “rethinking and innovating new materials that are as durable, strong and high quality as our existing bricks – and fit with Lego elements made over the past 60 years”.

He added: “We’re committed to playing our part in building a sustainable future for generations of children. We want our products to have a positive impact on the planet, not just with the play they inspire, but also with the materials we use. We still have a long way to go on our journey, but are pleased with the progress we’re making.”

Environmental campaigners welcomed the use of recycled plastics, but said it should not be the “default solution” to the plastics crisis.

Camilla Zerr, plastics campaigner at Friends of the Earth, said: “Children deserve to grow up in a world free of pointless plastic pollution, so initiatives where toys can be made using recycled plastics are promising, and others in the industry should follow suit.

“But it’s really important that recycling isn’t hailed as the default solution to the plastics crisis. Manufacturers must ensure toys are made to endure many years of use, so they can be handed down and reused from generation to generation.”

Zerr said the government could “take bolder strides” by setting laws on plastic pollution in its environment bill.