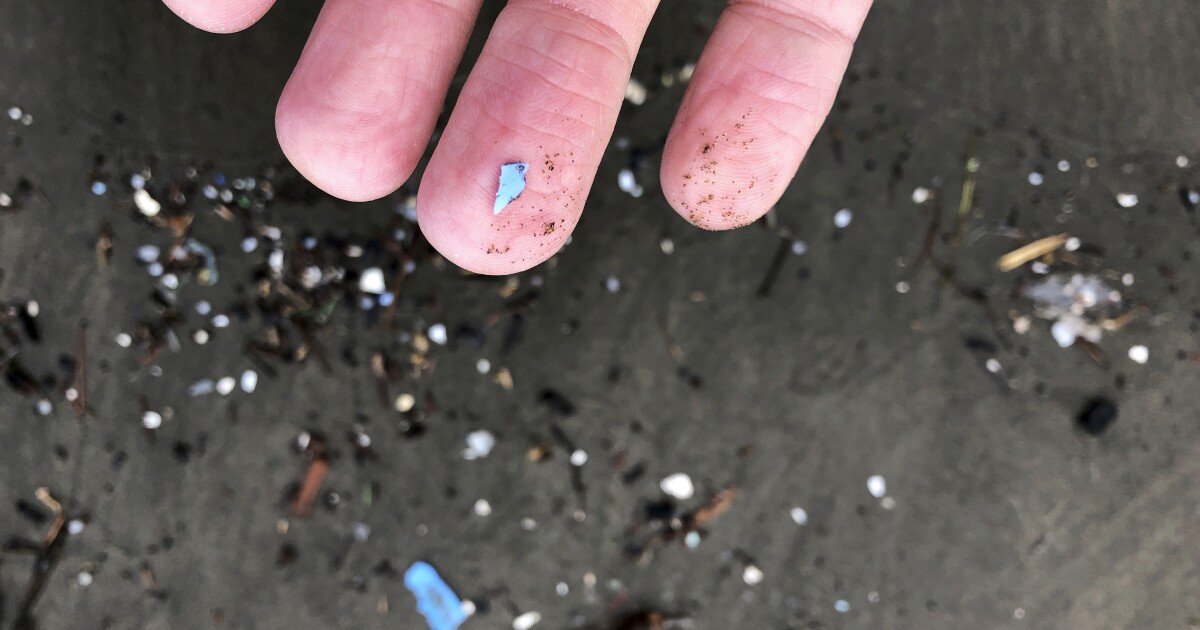 Microplastics are everywhere, even in Pennsylvania’s cleanest waterways.

According to a new report by the activist and research group PennEnvironment, tests for the presence of microplastics conducted in 50 of some of the cleanest streams and waterways throughout the commonwealth found the pollutants present in every single one.

Local representatives from the Sierra Club, Bethlehem Environmental Advocacy Council and Monocacy Creek Watershed Association on Wednesday joined those from PennEnvironment to discuss the report and how it pertains to local waterways and the environment in the Lehigh Valley at Monocacy Park.

Microplastics are plastic pieces less than 5mm long, or smaller than a grain of rice.

They have been found in people’s lungs, blood and excrement after being ingested. They have even been found in the deepest parts of the ocean and on the top of Mount Everest. Scientific studies theorize that its proliferation may pose health risks to wildlife and humans due to toxins within plastics in addition to being a widespread pollutant.

“Plastic doesn’t biodegrade,” PennEnvironment Field Director Flora Cardoni said. “So while something like an apple core or a piece of paper will break down into organic compounds and components over time, plastic doesn’t do that. Instead, plastic just breaks into smaller and smaller pieces.”

PennEnvironment is the statewide chapter of the advocacy group Environment America.

Fifty waterways were selected among what the state Department of Environmental Protection deems to be Exceptional Value, High Quality and Class A Cold Water Trout streams. Water samples were collected from them in 2021 and 2022 by PennEnvironment staff and partners, then analyzed by environmental researchers at Drexel University.

In the Lehigh Valley, waterways such as the Lehigh River, Little Lehigh Creek, Saucon Creek, Bushkill Creek, Monocacy Creek and more were examined. Each was found to contain different microplastic fragments, fibers or films – often residue from discarded or degraded plastic products such as clothing, hard plastics, bags, flexible packaging and cosmetic products.

Different types of pollutants were found in different waterways, but all had some form of microplastic pollution.

That was in spite of the report’s observation that many waterways had little to no visible litter at the point of access.

“It’s alarming how plastics have invaded all facets of our lives and are present in many forms in all 50 waterways tested,“ Monocacy Creek Watershed Association board member Michael Harrington said

Even though some plastics may be recycled, there are logistical and legal barriers to the process. A recent report from Greenpeace claims only about 5% of plastics recycled are turned into new products.

“The Monocacy and many other waterways in the Lehigh Valley are impacted by urbanization and development,” Sierra Club digital organizer Rachel Rosenfeld explained at the event.

“The creek runs through the city of Bethlehem and has regularly flooded in more densely populated parts of town during heavy rainfall events. Stormwater runoff carries its materials over impervious surfaces like plastic waste, excess nutrients and sediment.”

Plastic bag bans already are being implemented in parts of Pennsylvania, including Philadelphia, and other states including New York.

“Plastic itself has only been around since the 1950s,” Cardoni said. “We didn’t really think of all the consequences that might have. I believe it’s just been a bigger problem as more and more of our life becomes plastic, as we have moved from a glass milk jug to a plastic bottle.

“Even Snapple has moved from glass to plastic. Plastic bags are everywhere, except for in places that are banning them.”

To address the issue, the advocacy and research group recommended phasing out single-use plastics, passing producer responsibility laws that shift the burden of waste onto product manufacturers and sellers, updating the recycling law Act 101 to improve Pennsylvania’s recycling capabilities and reducing the use of so-called “fast fashion,” which often are produced with plastics.

The group also calls on lawmakers to end subsidies to the fossil fuel industry and plastics producers.

You can view the full report here, as well as a map of sampling locations’ data.

Read more from our partners, WLVR.