As of Nov. 4, all New Jersey restaurants and food service establishments are banned from providing single-use plastic straws unless specifically requested by customers, according to legislation passed by Gov. Phil Murphy and other lawmakers last year.

The ban is part of a statewide move to reduce plastic pollution originating from food and retail businesses.

The next phase of the plan to cut reliance on single-use plastics is scheduled to come into effect on May 4, 2022, when businesses will no longer be allowed to give customers carryout plastic bags or polystyrene food packaging. Convenience and grocery stores larger than 2,500 square feet will also be fined if found distributing paper bags.

Stores, food service businesses, and grocery stores will receive a warning for the first offense, monetary fines up to $1,000 per day of violation for a repeat offense, and fines ranging up to $5,000 per day for the third offense. Gov. Murphy’s office described this legislation as “the strongest such ban in the country,” according to NBC News.

“Single-use plastic straws are one of the most publicly recognized ocean pollutants, causing massive numbers of sea turtle deaths. Even though straws don’t account for the largest proportion of plastic pollution, they represent a proportion that can easily be mitigated,” Marissa Bornn ’25, a member of the Princeton Conservation Society, told The Daily Princetonian.

The legislation initially proposed banning plastic straws entirely. However, disability rights advocates prompted a transformation of the ban into a partial restriction, allowing for straws to be provided on request.

“[T]aking steps to limit the amount of waste produced on campus has been an important part of Campus Dining’s sustainability efforts for years,” Deputy University Spokesperson Michael Hotchkiss wrote in an email to the ‘Prince.’ He explained that in 2018, Campus Dining eliminated self-service plastic straws and plastic takeaway bags, and replaced plastic utensils with plant-based utensils.

“At that time, sales of water in plastic bottles was eliminated, and single-serve water is sold today in easily recycled aluminum cans,” Hotchkiss added. “Styrofoam products have not been used in Campus Dining for more than 20 years.”

He noted, however, that “nationwide supply-chain problems have temporarily limited availability of some of these more sustainable products.”

COVID-19 pandemic-associated disruptions have curbed other states’ moves towards sustainability as well. In April 2020, California Gov. Gavin Newsom temporarily suspended the 2016 ban on plastic bags for a two-month period. 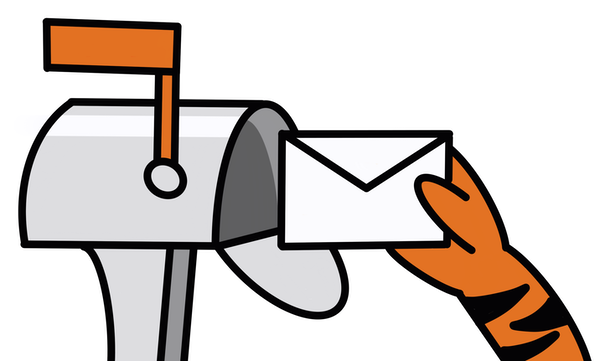 Get the best of ‘the Prince’ delivered straight to your inbox. Subscribe now »

New Jersey is not the first state to take such measures. Legislation to dissuade the use of single-use plastics was first introduced in California, where stores were prohibited from distributing plastic bags and instructed to charge customers at least 10 cents for paper bags. New York, Vermont, and Connecticut followed suit with various levels of restrictions, and New Jersey was the ninth state to prohibit throw-away plastics.

Other states have taken contrasting approaches: Florida has preemption laws that prevent local counties or cities from banning particular plastics and foam.

As of Nov. 7, Wawa has updated its store policy in accordance with the legislation. Signs near coffee counters now read: “Please ask a register associate if you need a straw.”

However, establishments on Nassau Street appear to be still implementing these changes. Junbi, a bubble tea store in town, was recently seen distributing plastic straws alongside customers’ tea without special request.

“We’re going to need a lot of help reaching out to our merchants, especially our small merchants for whom English is not necessarily their first language, to make sure that they understand the rules,” said Councilmember and Environmental Commission liaison Eve Niedergang GS ’85 in an interview with the ‘Prince.’

According to the legislature, exceptions on certain plastics like long-handled polystyrene foam spoons, small cups of two ounces or less, trays for raw meat and food pre-packaged in polystyrene by the manufacturer will remain in place until May 4, 2024. The law will be enforced by the Department of Environmental Protection along with other entities and will overwrite individual county or city policies.

Tara Agarwal is a news contributor for The Daily Princetonian. She can be reached at ta3150@princeton.edu.