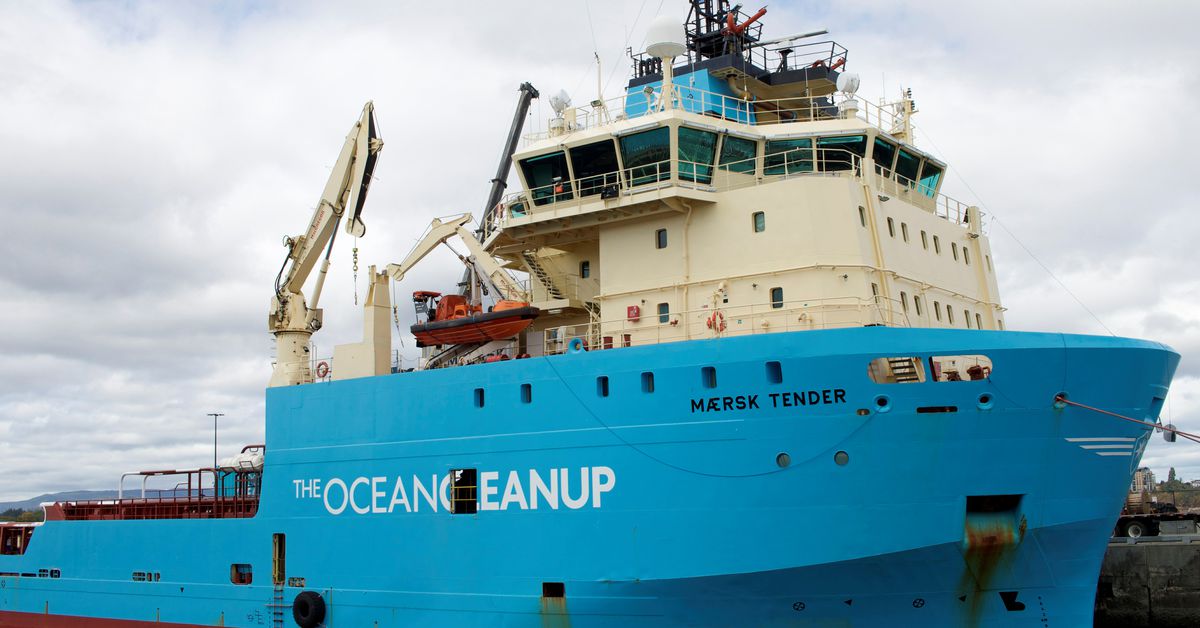 VICTORIA, Canada, Sept 16 (Reuters) – Docked at a Canadian port, crew members returned from a test run of the Ocean Cleanup’s system to rid the Pacific of plastic trash were thrilled by the meager results — even as marine scientists and other ocean experts doubted the effort could succeed.

The non-profit, launched in 2013 amid buoyant media coverage, hopes to clear 90% of floating plastic from the world’s oceans by 2040. But the group’s own best-case scenario — still likely years away — envisions removing 20,000 tonnes a year from the North Pacific, a small fraction of the roughly 11 million tonnes of plastic flowing annually into the oceans.

And that amount entering the ocean is expected to nearly triple to 29 million tonnes annually by 2040, according to the Pew Charitable Trusts.

The Ocean Cleanup, funded by cash donations and corporations including Coca-Cola (KO.N), as well as in-kind donors like A.P. Moller-Maersk (MAERSKb.CO), had fixed assets over $51 million (43 million euros) at the end of 2020.

During 120 hours of deployment last month, System 002 — or “Jenny” as the crew nicknamed it — scooped up 8.2 tonnes of plastic, or less than a garbage truck’s standard haul. The Ocean Cleanup spokesperson Joost Dubois described the amount as “on the high end of our estimates” and emphasized that it was still just in the test phase.

“I think they’re coming from a good place of wanting to help the ocean, but by far the best way to help the ocean is to prevent plastic from getting in the ocean in the first place,” said Miriam Goldstein, director of ocean policy at the Center for American Progress think tank.

“Once plastic has gotten into the open ocean, it becomes very expensive and fossil-fuel intensive to get it back out again.”

The Ocean Cleanup’s first target is the Great Pacific Garbage Patch, the world’s largest swirling mass of marine debris spanning 1.6 million square kilometers in the North Pacific between California and Hawaii. The group estimates the patch holds at least 79,000 tonnes of plastic.

If the flow of plastic into the ocean continues unabated, the seas will contain more plastic mass than fish by 2050, according to the World Economic Forum.

The Ocean Cleanup, created by Dutch inventor Boyan Slat when he was 18, initially planned on using an autonomous floating system driven by wind, waves and currents to remove plastic. But that first system, named Wilson, bobbed ineffectively alongside the garbage until it ultimately broke. A later design, System 001B, was more efficient, but the team estimated they would need 150 such systems to clear the patch at a high cost.

“Jenny has outperformed everything we’ve done so far,” Dubois said of the recent six-week trials, during which the system picked up plastics small as 1 centimeter in diameter.

The Ocean Cleanup hopes eventually to deploy 10 to 15 expanded-range Jennys — powered by 20 to 30 ships — to operate round the clock 365 days a year at the garbage patch. At that scale, organizers say, the effort could recover between 15,000 and 20,000 tonnes of plastic a year, though it would cost hundreds of millions of dollars.

The group regrets its reliance on ships that release climate-warming greenhouse emissions. The Ocean Cleanup is purchasing carbon credits to offset the heavy fuel use and noted that Maersk is experimenting with less-polluting biofuels. “Preferably we would have done something without any carbon footprint,” Dubois said.

Maersk told Reuters that, because of the patch’s harsh and remote location, large vessels were needed to assist Jenny’s operations.

“We see the value in not just the outcome of Ocean Cleanup’s programs, but also the iterative learning process,” said Robin Townley, head of special project logistics at Maersk.

‘WHAT DO YOU DO WITH THE TRASH YOU COLLECT?’

Prone to seasickness, the Ocean Cleanup’s founder Slat does not often venture out onto the open ocean.

“The plastic that is already in the ocean — accumulated in those garbage patches — is not going away by itself,” Slat told Reuters. “It has to be removed if we want to return to clean oceans.”

Marine scientists have long lambasted Slat’s vision. Marcus Eriksen, co-founder of the 5 Gyres Institute, a plastic pollution research organization in California, expressed frustration that “this downstream, end-of-the-line narrative (is) still (getting) a lot of attention.”

He noted the group’s funding comes from companies “that are actually making the products and packaging. They don’t really like the preventative story because it impacts their bottom line.”

Coca-Cola, ranked as the world’s largest plastic polluter by environmental groups, helps fund the Ocean Cleanup’s side initiative of using solar-powered “interceptors” to catch plastic in Asian and Caribbean riverways before it reaches the ocean.

“We’ve been clear that we want to be part of the solution in addressing the critical issue of packaging waste, rather than part of the problem,” said Ben Jordan, senior director of environmental policy for Coca-Cola. “We’re making progress, but we still have much further to go.”

Coca-Cola has committed to reduce the use of new plastic in its packaging by 20% in the next four years. read more

While Eriksen said river cleanup was a more worthwhile goal, he bristled at the involvement of a company that is producing 3 million tonnes of plastic packaging a year. “It’s exactly that sort of greenwashing narrative.”

The effort’s other confounding issue? “What do you do with the trash you collect?” Eriksen said.

The small plastic haul from the System 001B was used to make $200 sunglasses, sold on the Ocean Cleanup’s website.

In the future, the Ocean Cleanup hopes to partner with consumer brands to reuse salvaged plastic, Dubois said, though “we may have to incinerate” some.