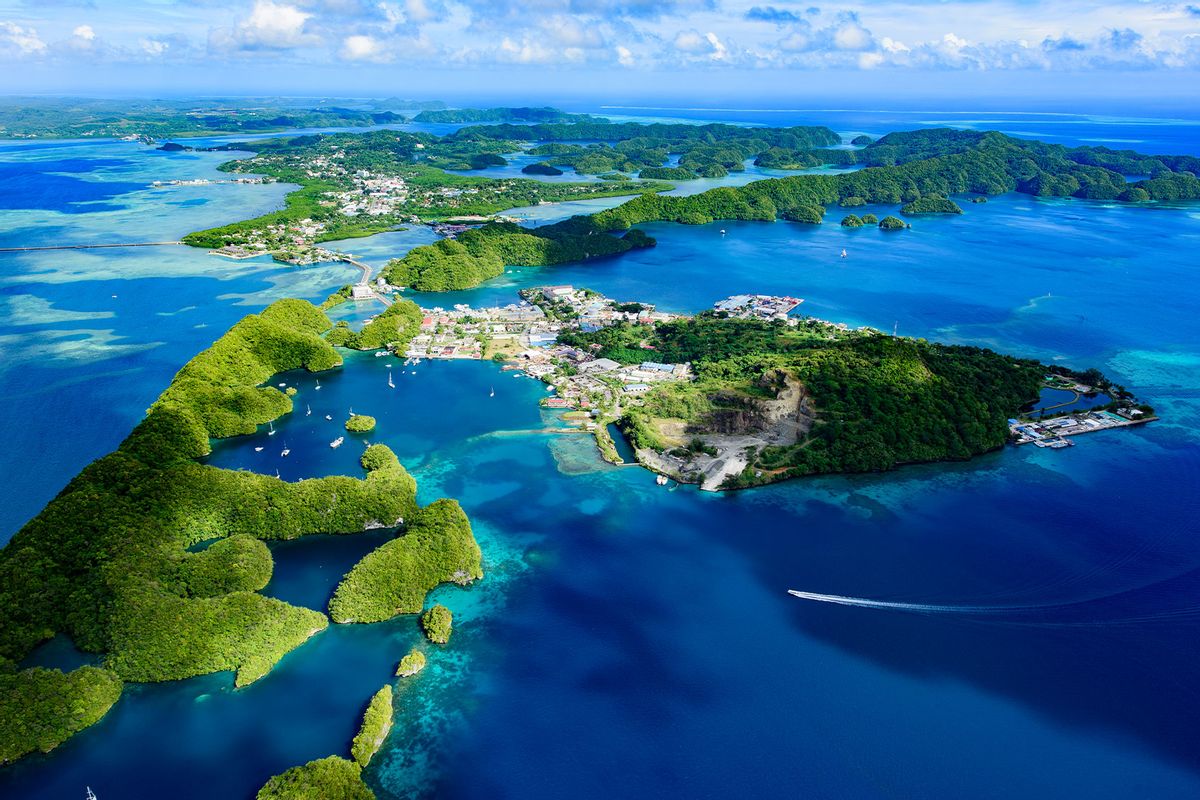 Plastic pollution is so insidious that it has entered even the most sacred of places. In 2012, a seal washed ashore in Massachusetts because its stomach was inflamed by all the plastic it had swallowed; seven years later a submarine diving to the bottom of America’s deepest point, the Mariana Trench, discovered a plastic bag; and as recently as March a study revealed that three out of four people have microplastics in their blood.

RELATED: What is microplastic anyway? Inside the insidious pollution that is absolutely everywhere

Since microplastics are so small that they have entered our blood — plastic particles are by definition less than 5 millimeters in length — it stands to reason that they have contaminated the most pristine human locales on the planet. A new study published in the journal PLOS One confirms that this is indeed the case, as scientists from the Palau International Coral Reef Center studied the pristine reef area of the tiny, remote island republic, which lies east of the Philippines and north of New Guinea in the Atlantic Ocean. Mixed in with the beach sand, seawater and natural sediments, the scientists found a troubling number of microplastics (MPs) and nanoplastics (NPs), or plastic particles that are far tinier than 5 millimeters in length.

“Plastic is literally everywhere — it is not just in the streets and oceans; it is in the food that we eat, the water we drink, and the very air that we breathe.”

“This study shows that plastic pollution must be considered in environmental studies even in the most pristine locations,” the authors explain in their abstract. “It also shows that NPs pollution is related to the amount of MPs found at the sites. To understand the effects of this plastic pollution, it is necessary that the next toxicological studies take into account the effects of this fraction that makes up the NPs.” In fact, the authors zeroed in on the threat posed by nanoplastics as one of the chief takeaways from their research.

“They are more dangerous because of their size and concentration,” Christine Ferrier-Pages from the Centre Scientifique de Monaco, and one of the co-authors of the study, told Salon by email. “It is estimated that NPs are 100 times more abundant than MPs and in addition, due to their small size, they can enter the cells and provoke quite a lot of damages.”

Ferrier-Pages added, “Plastics, especially microplastics and even more nanoplastics, enter the marine food web at each level of the food web and accumulate in the higher trophic levels, i.e. fish and other commercial organisms. Nowadays, it has been shown that many commercial fish are contaminated, and by eating these fish, plastics are also transferred to humans. The problem with plastics is that there are hundreds of tons of plastics entering the sea each year, and for the moment, there is no good tool to get rid of these plastics.”

John Hocevar, a marine biologist and director of Greenpeace’s oceans campaign, echoed this chief concern when speaking to Salon by email — namely, that plastic pollution appears to last forever.

“Plastic doesn’t go away, it just breaks down into smaller fragments and disperses,” Hocevar explained. “In many ways, this means that plastic gets more dangerous over time. The throwaway packaging we use today adds to the plastic bottles and bags we used decades ago. Today, plastic particles pervade the atmosphere, raining down on even the most remote mountains and islands. Microplastics are also now saturating our oceans, where they are often eaten by marine life or washed ashore.”

Hocevar praised the new study for reinforcing this point, since “much of the plastic washing up in Palau was produced, used, and discarded thousands of miles away.”

Christopher Chin, Executive Director of The Center for Oceanic Awareness, Research, and Education (COARE), also praised the study, observing that it confirms “not only the ubiquity of plastic pollution, but also its inequity; ocean states [like Palau] and those in the global south face a  disproportionate impact from plastic pollution.”

“The public should not only be more aware about microplastics and nanoplastics, we should all be alarmed,” Chin told Salon. “Plastic is literally everywhere — it is not just in the streets and oceans; it is in the food that we eat, the water we drink, and the very air that we breathe.” He drew attention to a study which found that humans typically eat roughly one credit card’s worth of plastic every week.

Given how humans are chomping down plastic without even realizing it, perhaps it is hardly surprising that the reef organisms of Palau aren’t doing much better.

“On the reef organisms, we have performed some studies on corals, which have been published previously in different journals,” Ferrier-Pages explained. “We have shown for example that nanoplastics induce coral bleaching, the loss of the symbiotic algae by corals. As the symbionts provide corals with most of their food requirements, bleached corals enter into starvation. We have also demonstrated that microplastics can reduce coral calcification — the deposition of their hard skeleton.”