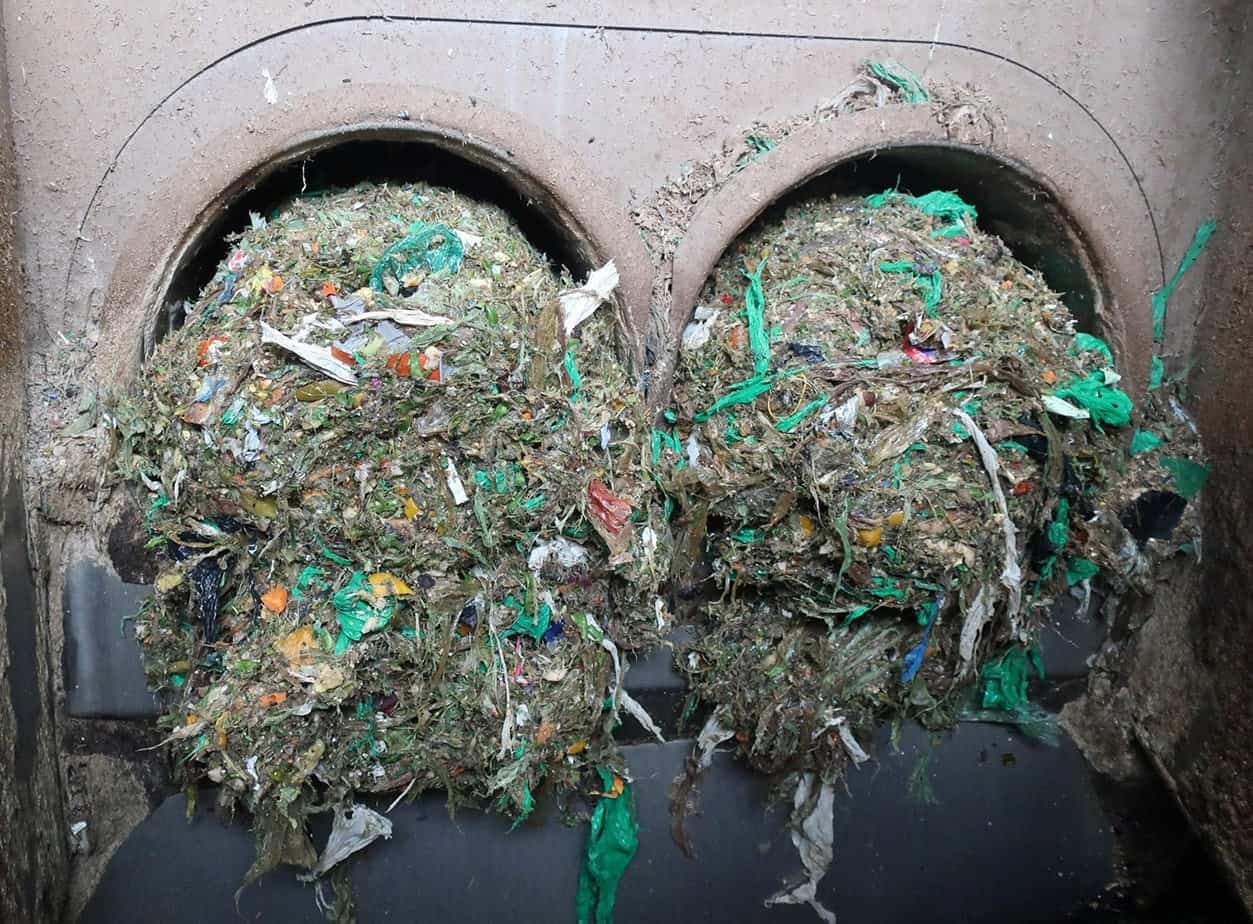 The plastic in our oceans may have changed the planet… forever, according to new research.

It has reached a tipping point – triggering effects we will not be able to reverse.

Recycling schemes are failing to stem the tide. Capping production and banning waste exports is the last chance.

Lead author Professor Matthew MacLeod, of the University of Stockholm, explained: “Plastic is deeply engrained in our society and leaks into the environment everywhere – even in countries with good waste-handling infrastructure.”

The study in the journal Science found the pollution threat is getting worse despite better public awareness.

Plastic is found everywhere on Earth – from deserts and mountaintops to deep oceans and Arctic snow.

As of 2016, estimates of global emissions to the world’s lakes, rivers and oceans ranged from nine to 23 million metric tons a year. The same again is dumped on land.

Quantities are expected to almost double by 2025 if business-as-usual scenarios apply.

Co author Mine Tekman, a PhD candidate at the Alfred Wegener Institute, Bremerhaven, Germany, said it is also a “political and economic” issue.

Current solutions, such as recycling and cleanup technologies, are not enough – and we must tackle the problem at its root.

She said: “The world promotes technological solutions for recycling and to remove plastic from the environment.

“As consumers, we believe when we properly separate our plastic trash, all of it will magically be recycled.

“Technologically, recycling of plastic has many limitations, and countries that have good infrastructures have been exporting their plastic waste to countries with worse facilities.

“Reducing emissions requires drastic actions, like capping the production of virgin plastic to increase the value of recycled plastic, and banning export of plastic waste unless it is to a country with better recycling.”

Plastic accumulates when amounts exceed those removed by cleanup initiatives and natural outdoor degradation from sunlight, air and moisture.

Co author Prof Hans Peter Arp, of the Norwegian University of Science and Technology, Trondheim, said: “Weathering of plastic happens because of many different processes, and we have come a long way in understanding them.

“But weathering is constantly changing the properties of plastic pollution, which opens new doors to more questions.

“Degradation is very slow and not effective in stopping accumulation, so exposure to weathered plastic will only increase.”

He describes plastic as a “poorly reversible pollutant”, both because of its continuous emissions and environmental persistence.

Untouched places – such as the pristine polar regions – are most vulnerable.

“Weathering of large plastic items will inevitably result in the generation of large numbers of micro and nanoplastic particles as well as leaching of chemicals intentionally added and other chemicals that break off the plastic polymer backbone.

“So, plastic in the environment is a constantly moving target of increasing complexity and mobility. Where it accumulates and what effects it may cause are challenging or maybe even impossible to predict.”

On top of the damage it causes by entanglement of animals and toxic effects, there are a range of potential indirect environmental impacts.

They include fuelling climate change by disrupting the global carbon pump and biodiversity loss in the ocean where plastic acts as an additional stressor to overfishing.

Others are ongoing habitat destruction from changes in water temperatures, reduction in nutrients and more chemical exposure.

The researchers hope taking all the findings together will provide “compelling motivation” for tailored actions.

Added Prof MacLeod: “Right now, we are loading up the environment with increasing amounts of poorly reversible plastic pollution.

“So far, we don’t see widespread evidence of bad consequences, but if weathering plastic triggers a really bad effect we are not likely to be able to reverse it.

“The cost of ignoring the accumulation of persistent plastic pollution in the environment could be enormous.

“The rational thing to do is to act as quickly as we can to reduce emissions of plastic to the environment.”

Last year a British study published in the same journal found 1.3 billion tonnes of plastic is destined for our environment – both on land and in the ocean – by 2040.

The finding by the University of Leeds was based on a global model of the scale of the plastic problem over the next two decades.

Another recent study by the University of Plymouth found a staggering 700 different species are threatened by plastic pollution – many of which are currently endangered.

Earlier this year Greenpeace urged the UK government to ban the export of plastic waste to all countries, invest in a domestic recycling industry and set a binding target for plastic reduction.

It also revealed how plastic waste from seven major UK supermarkets was being burned and dumped in Turkey rather than being recycled. It wants ministers to ban all exports of plastic by 2025.

Since you are here

Since you are here, we wanted to ask for your help.

Journalism in Britain is under threat. The government is becoming increasingly authoritarian and our media is run by a handful of billionaires, most of whom reside overseas and all of them have strong political allegiances and financial motivations.

Our mission is to hold the powerful to account. It is vital that free media is allowed to exist to expose hypocrisy, corruption, wrongdoing and abuse of power. But we can’t do it without you.

If you can afford to contribute a small donation to the site it will help us to continue our work in the best interests of the public. We only ask you to donate what you can afford, with an option to cancel your subscription at any point.

The TLE shop is also now open, with all profits going to supporting our work.

The shop can be found here.