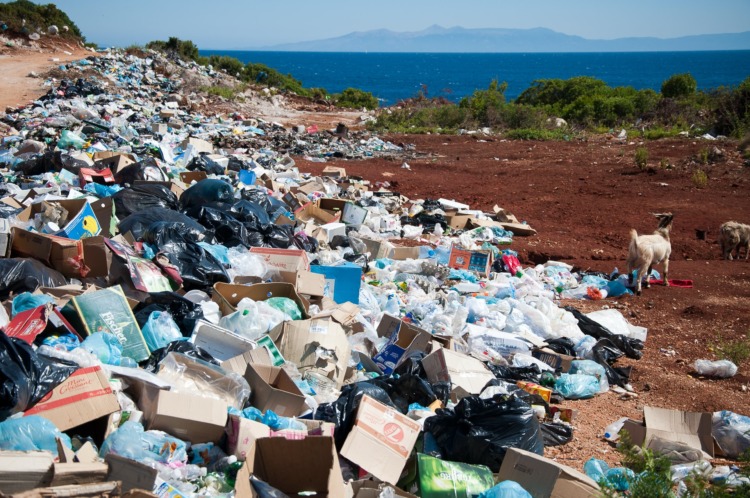 A new report has found that toxic chemicals in plastic waste exports from wealthy countries are contaminating food in developing and transition countries around the world, including Africa.

The study by the International Pollutants Elimination Network (IPEN) found that most of the plastic waste exported from wealthy countries to countries with developing economies or economies in transition is landfilled, burned, or dumped into waterways.

According to the report, all plastics virtually contain hazardous chemical additives.

The report states that these disposal methods result in highly toxic emissions that remain in the environment for decades and build up in the food chain.

For this study, non-governmental organizations (NGOs) in fourteen countries which in many cases receive plastic waste from abroad collected free-range chicken eggs in the vicinity of various plastic waste disposal sites and facilities.

The eggs were then analyzed for dioxin contamination, a highly toxic byproduct of open burning, crude recycling, chemical production, and incineration technologies. Additionally, the eggs were analyzed for other toxic chemicals known as “persistent organic chemicals” (POPs) that have been banned or are in the process of being banned globally through the Stockholm Convention.

“Even small amounts of these plastic chemical additives and byproduct emissions can cause damage to the immune and reproductive systems, cancers, impaired intellectual functions, and/or developmental delays,” the study states.

Commenting on the report’s finding, IPEN’s POPs Policy Advisor Lee Bell said the report confirms that the harm being caused by plastic waste exports is not limited to visible litter and pollution but includes the insidious damage to human health caused by contamination of the food chain in importing countries.

“Toxic chemical additives and the world’s most hazardous substances are literally bleeding into the food supply of those countries least able to prevent it,” she said.

The report found that the levels of dioxin and PCBs in eggs in some locations were so high that residents could not eat a single egg without exceeding the safe limits for these chemicals established in the European Union.

The analyzed eggs were also found to contain some of the most toxic chemicals ever studied, many of which are banned or regulated by international law, including dioxins, and the chemical additives PBDEs, PCBs and SCCPs.

It was also reported that in nearly every open plastic waste site where eggs were sampled, dioxin levels exceeded the European Union safe consumption maximum limit.  In some locations, eggs exceeded the safe limit by tenfold. For dioxin combined with PCBs that are just as toxic as dioxins (so are measured as a combination) all sites exceeded the EU limit with some sites up to sixfold higher.

Additionally, the maximum PBDEs levels in egg samples taken near some plastic waste disposal sites were comparable to the world’s most seriously contaminated e-waste sites in Guiyu, China.

“In one location in Indonesia, the dioxin levels in eggs were at a similar level to eggs sampled on a former US Air Force base in Vietnam which is heavily contaminated by Agent Orange,” the report states.

Very high levels of POPs were also detected at locations where plastics and electronic waste are mixed and then dumped and/or burned to recover metals. The study confirmed that burning this kind of mixture very often leads to much more severe dioxin contamination than open burning of wastes at general dumpsites.

Study co-author and Arnika – Toxics and Waste Programme Director Jindrich Petrlik said, “In the vicinity of the dumpsite in Pugu Kinyamwezi, Tanzania, eating just half an egg would exceed the European Food Safety Authority’s Tolerable Daily Intake limit by 7.5 times. It is unconscionable that people are exposed to such dangerous levels of contamination.”

“Dioxins and other POPs remain in the soil for decades or even centuries, creating a reservoir of highly toxic contaminants that poison the food chain now and will continue to do so for a long time into the future,” he added.

Griffins Ochieng, Centre for Environment Justice and Development, Kenya said, “Africa is not a major plastic or chemical producer. But plastic waste and the contamination that comes with it are growing in Africa. Why? Because wealthy countries are exporting their waste to us. This problem will only grow worse in the coming years if it is not stopped now.”

The report recommends global controls on hazardous chemicals in plastic and an end to plastic waste exports. It also calls on the industry to invest in safe plastic alternatives, eliminates toxic chemical additives to plastics, and create closed-loop systems that don’t create toxic waste.