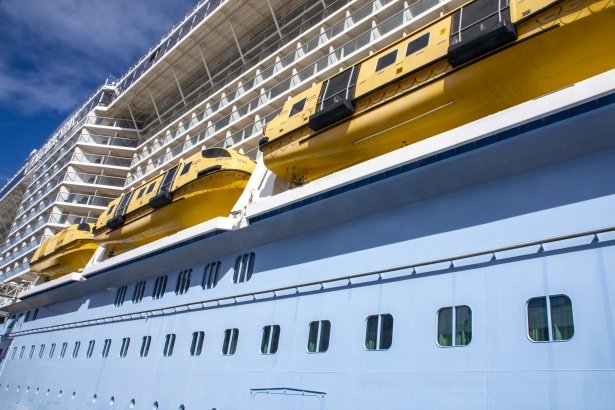 The deputy ministry of shipping and Cypriot scientists are joining forces to develop greater environmental awareness about plastic pollution from cruise ships.

According to an announcement, the Cypriot-inspired project received the important BeMed 2020 award from the BeyondPlasticMediterranean foundation, supported by the Prince Albert Foundation of Monaco, which each year awards the best proposals for action, aimed at reducing pollution of the Mediterranean.

The shipping ministry has supported this project from the beginning, with the aim of minimising marine plastic pollution and its effects on public health, the marine environment, and coastal tourism, with targeted actions in cruise tourism.

The aim is to involve the entire cruise industry, both workers and passengers. Agreed actions include field measurements with specific cruise ship waste characterisation methods, information campaigns as well as participatory solutions that will minimise the use of disposable plastics and improve their management.

“The Covid-19 pandemic that plunged the planet into a health crisis first and then a social and economic vortex has highlighted the importance of such a troubled environment to the ability of our societies to respond to threats of this magnitude to public health,” the announcement said. “An environmentally degraded planet has a reduced immune system”.

Oceans and seas are said to play a key role in the maintenance and proper functioning of the planet’s immune system, and they are drowning in rubbish, especially plastics, as people expect them to continue to support the planet and supply oxygen, raw materials and food.

It also pointed out that the resumption of the cruise industry, after almost two years offers a unique opportunity for a more ‘green’ development of the sector within the framework of the European Green Deal.

Before the pandemic, the Mediterranean cruise sector was on the rise and about 28 million cruise passengers visited ports in the area in 2018. It is expected that with the end of the pandemic, the cruise industry will return to these levels and continue to grow.

“As the number of cruises increases so does the waste generated by cruise ships, adversely affecting the environment,” the announcement said. The most common type of waste collected annually by ships is plastics, thus ranking them at the top of marine litter.

In addition, disposable plastics account for more than 70 per cent of total marine litter, posing a serious threat to marine ecosystems and human health, and at the same time causing serious economic damage to tourism and shipping.