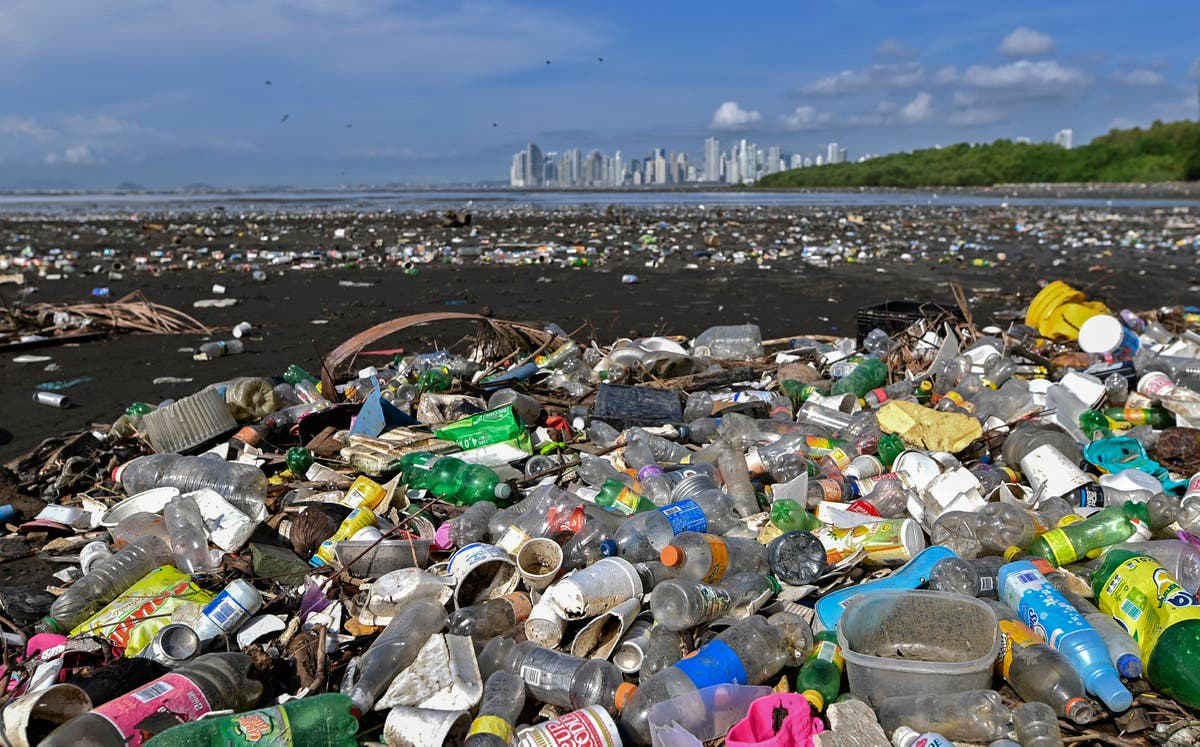 Plastic made in 2019 will cost the environment and society about $3.7 trillion – or more than the gross domestic product (GDP) of India – over its estimated lifetime, according to a new report by wildlife charity WWF.

This life span includes the production, consumption and clean up of plastic, said the report that was published on Monday.

Plastic production has almost doubled over the past two decades and the global approach to addressing the plastic crisis is failing, it added.

The report warned that if these current trends continue, the social cost of the material produced in 2040 may escalate to $7.1 trillion, equivalent to approximately 85 per cent of global spending on health in 2018 and more than the combined GDP of Germany, Canada and Australia in 2019.

“The failure of governments to better understand the real costs of plastic has led to poor management of this material, and growing ecological, social, and economic costs for countries,” the report noted.

Communities across the world are “unknowingly subsidising” plastic, paying only for its primary production, but failing to account for the full cost imposed by the plastic life cycle, highlighted the report.

“In 2019, the cost was just over $1,000 per tonne. However, this price fails to account for the full cost imposed across the plastic lifecycle,” it said.

The full cost cited by the report includes greenhouse gas (GHG) emissions in the production process, health impacts, and the waste management of plastic.

The WWF cited studies as saying the cost of GHG emissions from across the material’s lifecycle amounted to more than $171 billion, with the management of plastic waste from 2019 alone costing more than $32 billion.

Marine pollution from plastic made in 2019 alone “will incur a cost of $3.1 trillion,” the report said.

“Plastic takes hundreds to thousands of years to fully degrade and as it degrades, it breaks down into smaller and smaller particles making it hard to recover and remove plastic from the environment. Plastic will therefore remain in the environment to incur further costs,” it added.

While several organisations have proposed circular economy approaches to keep plastic within the economy and out of the environment, the report said rising financial and technical resources needed to overhaul societies prevent governments from acting.

“These approaches can effectively reduce the negative impacts of plastic, including reducing the annual volume of plastic entering oceans by 80 per cent and GHG emissions by 25 per cent,” it noted, adding that there is a lack of incentive to implement the kinds of systemic changes required.

The WWF called for civil society, companies and financial institutions to set up a new global treaty on marine plastic pollution.

“A global treaty could provide a well-designed framework encompassing global coordination on definitions, policies, reporting, and implementation support to accelerate the transition to a circular economy for plastic,” it said.

“For a new treaty to be established, governments will have to start negotiations through the adoption of a formal negotiation mandate at the 5th session of the UN Environment Assembly in February 2022,” it added.