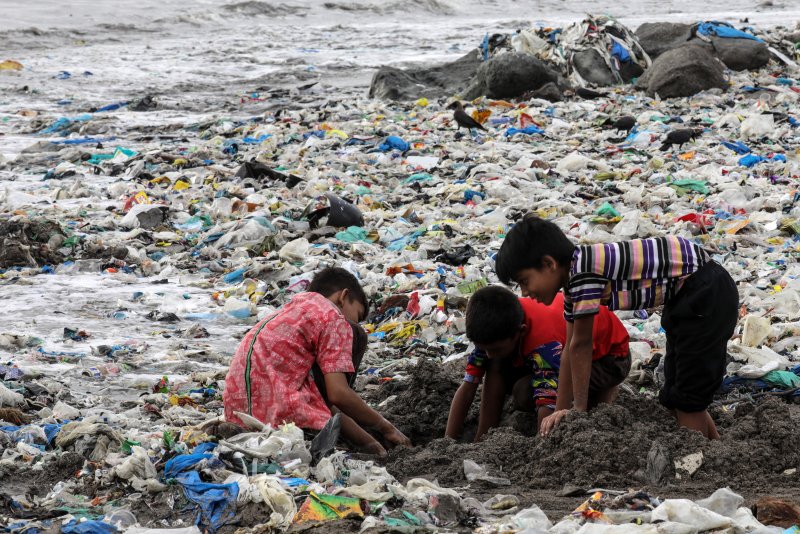 June 22 (UPI) — One-quarter of chemicals in plastics are “substances of potential concern,” according to an analysis published Tuesday by the journal Environmental Science & Technology.

Of the roughly 10,500 chemicals in plastic, nearly 2,500, or 24%, are capable of accumulating in living organisms, including humans and animals, and are potentially toxic or cancer-causing, the data showed.

In addition, more than half of these substances are not regulated in the United States, the European Union or Japan, where more than 900 of them are approved for use in food contact plastics, the researchers said.

“These substances are often toxic to aquatic life, cause cancer or damage specific organs,” study co-author Helene Wiesinger said in a press release.

“It is particularly striking that many of the questionable substances are barely regulated or are ambiguously described,” said Wiesinger, a doctoral student in ecological systems design at ETH Zurich in Switzerland, where the research was conducted.

Each year, more than 350 million tons of plastic are produced worldwide, and all of them contain a wide variety of chemicals that may pose a significant risk to people and the environment, according to Wiesinger and her colleagues.

These chemicals include additives, such as antioxidants and flame retardants as well as solvents and other substances used in production — and only a small proportion of these chemicals have been extensively studied, the researchers said.

Still, research suggests that plastic packaging is a main source of organic contamination in food, while phthalate plasticizers and brominated flame retardants are detectable in house dust and indoor air.

Exposure to these substances can have a negative impact on the health of consumers and workers and on ecosystems, while also affecting recycling processes and the safety and quality of recycled plastics.

For this study, the researchers compiled a comprehensive database of plastic monomers, additives and processing aids used in the production and processing of plastics and systematically categorized them on the basis of usage patterns and hazard potential.

They identified approximately 10,500 chemicals in plastic, including 2,489 used in packaging, 2,429 textiles and 2,109 that come in contact with food as part of packaging.

More than 500 of the chemicals are used in toys and medical devices, including 247 in masks.

Of the 10,500 substances identified, the researchers categorized 2,480 substances as substances of potential concern, they said.

Of these, 53% are not regulated in the United States, the European Union or Japan.

In addition, research is lacking for about 10% of the identified substances of potential concern.

The researchers were unable to categorize 4,100, or 39%, of the substances they identified due to a lack of “hazard classifications,” they said.

“Until now, research, industry and regulators have mainly concentrated on a limited number of dangerous chemicals known to be present in plastics,” Wiesinger said.