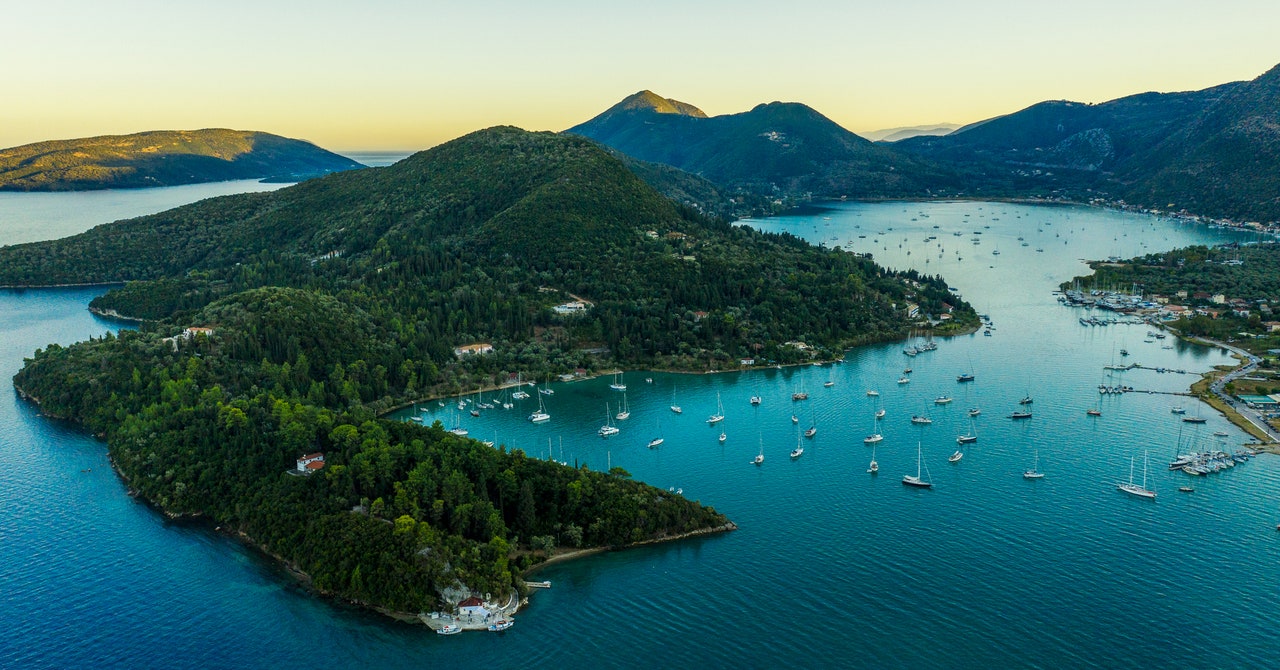 It’s also worth noting that the Mediterranean Sea is one of the most microplastic-polluted water bodies in the world: In 2020, scientists reported finding 2 million particles in a single square meter of sediment that was only 5 centimeters thick. Whether aragonite crystals are forming around microplastics floating in the water column, Bialik doesn’t know. “They could probably form around any nucleation center,” says Bialik. “I suspect that microplastics may also be a possible one. But as scientists love to say, more research is needed.”

What Bialik and his colleagues can say, though, is that as these crystals form, they release CO2. So much so, Bialik calculates, that they account for perhaps 15 percent of the gas that the Mediterranean Sea emits to the atmosphere.

As the sea warms up and loses its CO2, both from the water belching it up and from the proliferating crystals, its acidity actually goes down. This is the opposite process from the one that’s causing widespread ocean acidification: As humans spew more CO2 into the atmosphere, the oceans absorb more of it, and the ensuing chemical reaction raises acidity. Acidification makes it harder for organisms like corals and snails (which are known collectively as calcifiers), to build shells or exoskeletons out of calcium carbonate. But as the Mediterranean warms and releases its absorbed carbon back into the atmosphere, it gets more basic, reversing that acidification.

That should be great for the calcifiers, right? Not necessarily. “Many of them have specific temperature ranges in which they can build their shells—not too hot, not too cold,” says Bialik. So even if the sea is getting less acidic as it warms, that heat stresses these organisms in a different way. (Not to mention the stress of being constantly exposed to extreme levels of microplastics.)

It’s not clear whether aragonite crystals are forming in more places around the world. Scientists are already aware of “whiting events,” in which calcium carbonate precipitates in much more obvious ways, turning the waters around the Bahamas and in the Persian Gulf a milky color. In the Eastern Mediterranean, there wasn’t an obvious whiting event to clue in Bialik and his colleagues. Instead, they stumbled upon the crystals in their sediment traps.

“This is a somewhat unique area with a variety of conditions that have to happen to make this work,” says marine chemist Andrew Dickson of the Scripps Institution of Oceanography, who wasn’t involved in the research. “The question then is, to what degree is that environment really special, or is it common around the oceans? And I don’t have a clear picture of that in my mind.”

It may be that the conditions in the eastern Mediterranean aren’t replicated in many other places, so Dickson is leaning toward the idea that this may not be particularly common. But Bialik points out that wherever it may be happening, it could be causing a climate problem: Aragonite crystal formation may mess with the water’s ability to absorb atmospheric CO2, thus interfering with how the ocean reduces levels of the planet-heating gas.

“I won’t say we fully understand this yet and fully understand what governs it—when it turns on and when it shuts down,” says Bialik. “We didn’t even think this process occurs on this scale in open waters, in normal marine conditions. And so we still have a lot that we need to understand about it.”