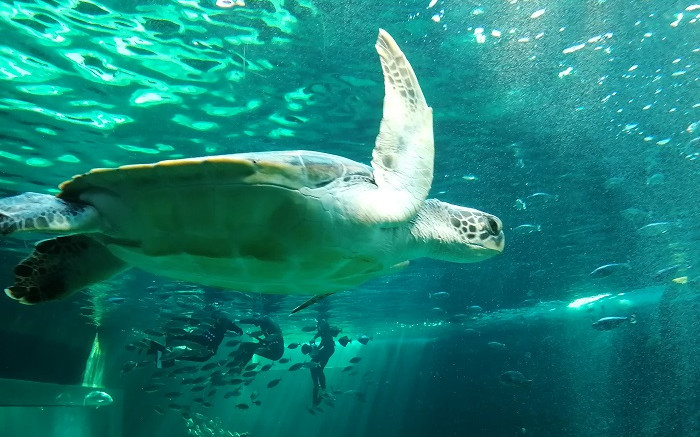 CAPE TOWN – A turtle severely injured by ocean pollution will finally return to its habitat after eight years of rehabilitation.

Bob the turtle suffered major brain damage after eating plastic and other pollution.

He’s been recovering at the two oceans aquarium since 2014 and in January he will start his long-awaited swim to freedom.

The conservation coordinator at the aquarium, Talitha Noble, said they’ve seen an increase in turtles with plastic pollution-related injuries.

“Even though the issues that our turtles are facing in the ocean are caused by humans. Turtles embody resilience and hope. We want to protect the ocean he’s going back into, we know that just by everyone making small changes, down the line that will make a big impact. Say no single-use plastic, do beach cleanups.”

In a bid to create awareness, beach volleyball players in Cape Town for an international tournament on Tuesday splashed around with Bob.

Team USA’s professional beach volleyball player Sarah Schermerhorn said it was a once-in-a-lifetime experience: “Bob got a little close to me and he was feeding and I was like ‘aaaahhhh’ at first for a second, but it was really cool to see that he was interested in what was going on around him.”