Since the start of the pandemic, thirsty Americans have drowned their sorrow in bottled water.

Even before the coronavirus blew into all our lives, bottled water was, and has been for years, the No. 1 beverage in the United States, surpassing soft drinks as the choice of increasingly health-conscious consumers.

The COVID-19 pandemic only accelerated things.

According to a recent report from the International Bottled Water Assn., sales of bottled water exploded last year “as consumers stocked up in order to stay home amid the coronavirus crisis.”

Gary Hemphill, managing director of research for the consulting firm Beverage Marketing Corp., told me bottled water sales are projected to be even higher this year.

“Bottled water’s success is driven by its healthful image and positioning as a beverage to be consumed virtually any time and anywhere,” he said.

Call this a triumph of perception over reality. 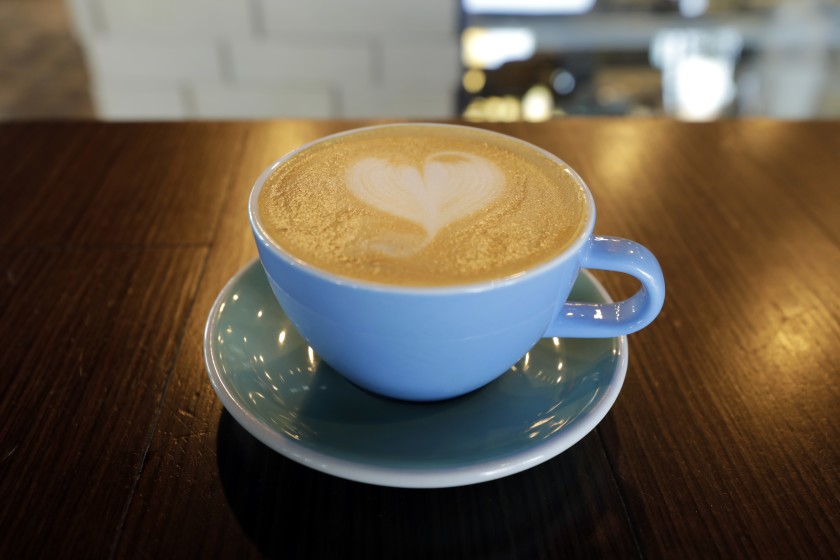 Column: If you’re a coffee drinker, you really need to care about climate change

Coffee prices, and food costs in general, are rising because of climate change. For consumers, that’s a good reason to take this problem seriously.

The first thing you need to know is that, for most Americans, there’s absolutely nothing wrong with your tap water.

The second thing you should know is that the market leaders for bottled water — Coke and Pepsi — are just filtering and bottling tap water, and then selling it at a big markup.

And perhaps most important of all, bottled water is no friend to the environment.

According to the Container Recycling Institute, Americans throw away more than 60 million plastic water bottles every day. Most end up in landfills, gutters and waterways.

“If your tap water is potable, which is the case for most big cities in America, you don’t need bottled water,” said Barry Popkin, a professor of nutrition at the University of North Carolina at Chapel Hill.

“There’s an aura of greater safety around bottled water,” he told me. “That’s just not valid.”

I heard the same from the Metropolitan Water District of Southern California, which serves municipalities and water districts throughout the region.

“Not only is our water safe, it tastes great,” he said. “Metropolitan has three times won best-tasting tap water in the nation, including this past year.” 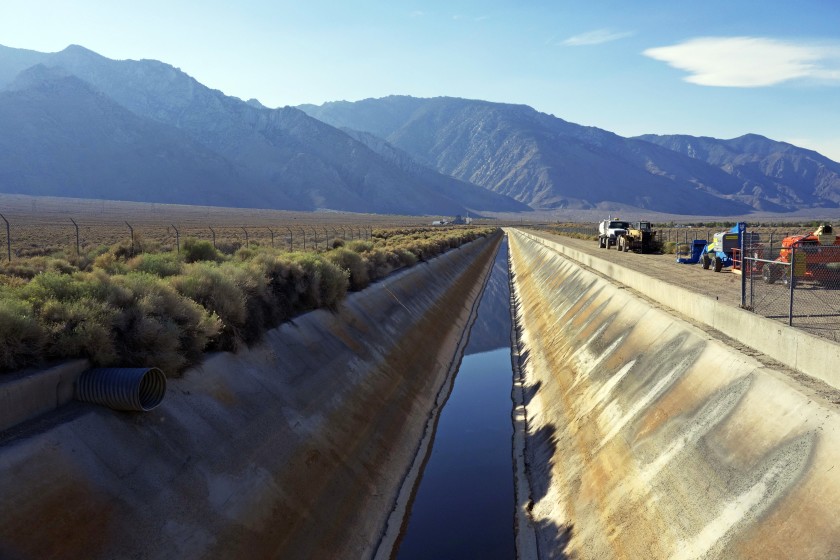 Ever wonder where your drinking water comes from? A reader asked and we answer

L.A. pumps its local groundwater, but other water sources are important for replenishing the supply.

Global bottled water sales hit nearly $218 billion last year, according to Grand View Research. Sales are expected to rise by 11% a year through 2028.

“Rising consumer consciousness towards the health benefits of consuming bottled water is projected to drive market growth over the forecast period,” the research firm said.

Those health benefits, however, are questionable.

“To my knowledge, there is no published evidence to suggest that bottled water is either healthier or safer than tap water — none whatsoever,” said Dan Heil, a professor of exercise physiology at Montana State University.

“In fact,” he told me, “there is published evidence to suggest exactly the opposite.” 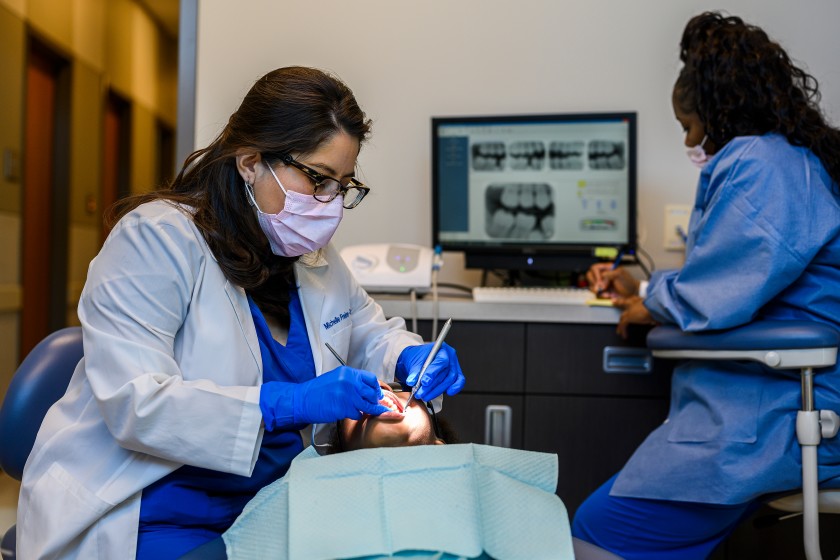 Column: Adding dental coverage to Medicare makes a lot of sense — except to dentists

Democrats are again trying to bring dental coverage to Medicare. Dentists, fearing lower payments, are against the idea.

Heil said that when tap water is filtered for bottling, the process removes beneficial minerals such as calcium and magnesium. The bottled water industry considers these minerals “impurities,” he said.

“While stripping the impurities from tap water does, in fact, provide a nearly pure form of water, that fact does not support the premise that pure water is healthier or better for the body than tap water with naturally occurring minerals,” Heil observed.

The leading bottled water brands are nothing more than municipal tap water that’s been run through a filter. This is what Coca-Cola does with its Dasani water. Pepsi does the same with its Aquafina brand.

“Companies buy water from municipal supplies at very low cost and sell it back to the public at a huge markup,” she told me. “I am not aware of any evidence that bottled water is safer than city water in places where cities take care of their water.”

Some cities may not do that so well; Flint, Mich., comes to mind. But, as Popkin noted, most big cities do a good job of maintaining safe drinking water.

In 2012, California wrote into the state Constitution that safe drinking water is a human right. Although the tap water in most California cities passes muster, some rural areas still face challenges. 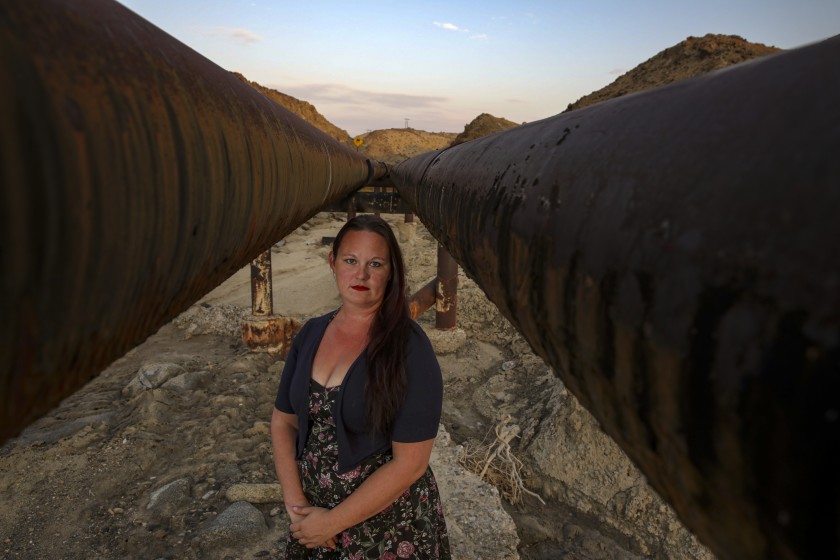 A 7.1 earthquake couldn’t kill this Mojave Desert town. But a water war just might

The small desert town of Trona imports its water from 30 miles away. A 2014 law aimed at preserving California’s groundwater has set off a complicated battle that has some residents fearing the worst.

The problem is most acute in the Central Valley, where large farms have contaminated water supplies with agricultural chemicals. The state passed a law in 2019 allocating $130 million a year to improve that situation.

If you’re among the vast majority of Californians with access to safe drinking water, all you’re doing any time you purchase bottled water is enriching the conglomerates that, unlike you, simply turned the faucet.

“Unfortunately, many people spend their hard-earned money paying for bottled water rather than using their own tap water,” said Walter C. Willett, a professor of epidemiology and nutrition at Harvard University. “This rarely makes sense.”

Yes, bottled water is convenient. But it’s really not that difficult to fill a reusable bottle before you leave home. You’ll save money and, in most cases, won’t cut corners on safety.

For extra peace of mind, look into one of the many filtration systems available for home use. Prices start around $20.

And let’s hammer this point home: Bottled water is really bad for the environment.

A recent study out of Europe found that the impact of bottled water on natural resources, including the millions of barrels of oil needed to manufacture all those plastic bottles, is 3,500 times higher than for tap water.

And seeing as your bottled water probably came from municipal pipes anyway, you’re being played for a chump by the roughly $200-billion U.S. beverage industry.